L214 releases a new footage of one of Herta's pig farm 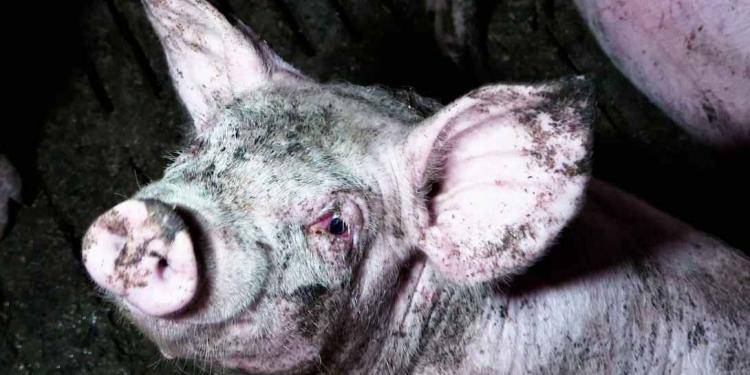 L214 releases a new footage of one of Herta's pig farm

News
Two and a half months after the publication of a first investigation filmed in an Allier pig farm supplying the Herta brand, L214 unveils new images shot in January 2021 in the same farm.

Two months ago, the NGO L214 released undercover footage at a French pig farm, showing animals in deplorable conditions. The pigs are supplied to frankfurter brand Herta, which is 60% owned by Spanish food company Casa Tarradellas and 40% by Nestlé. Following the release of these images, the regional government launched an investigation.

New undercover footage shows that, opposed to what veterinary services claimed in a press release issued on 16 December 2020, the farm violates the regulations on many points : systematic tail docking, untreated injured animals, lack of water, lack of manipulable materials to entertain the pigs, roof collapsing in one of the buildings,...L214 has sent these images to court and filed a preliminary appeal which will be followed, if necessary, by an appeal in responsibility against the State for the failures of the veterinary services to carry out their mission.