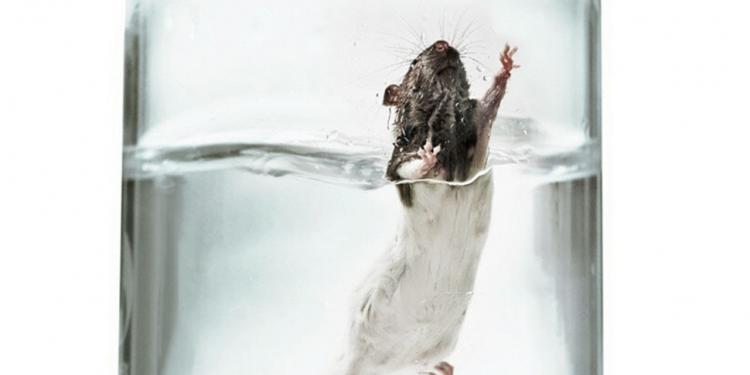 In the widely discredited test, small animals are placed in inescapable beakers filled with water and made to swim to keep from drowning, in experiments designed to evaluate antidepressant drugs.

The more time that an animal swims - trying to survive - is thought to be an indicator that the drugs are working, as depression brings hopelessness, despair and a desire to give up.

Yet the test has been heavily criticised by academics who argue that floating is not a sign of depression but rather a positive indicator of learning because the mouse is saving energy and adapting to a new environment.

And crucially, the test has been shown to be a poor predictor of whether a drug will work to treat depression in humans.

Now King’s said it will no longer use the test, following discussions with the animal charity Peta, (People for the Ethical Treatment of Animals) and is the first academic institution to do so.

“Peta is delighted that King's College London has chosen to do the right thing by committing to ending its use of this cruel test,” said Peta Science Policy Adviser Dr Julia Baines.

“We encourage the university to carry forward this momentum into other areas of animal experimentation, and we urge other universities to follow its lead by banning the test.”