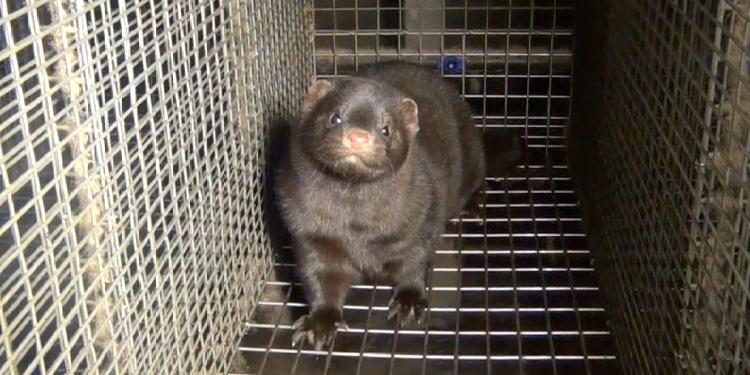 News
It’s killing season again in the fur industry. Handlers are equipped with heavy gloves and metal tongs to grasp the animals by the neck, but while fur farmers take precautions to avoid any damage to pelts, they do as little as possible to reduce the animals’ suffering when they are killed for their fur.

Our latest report “Fur Free Europe” does not dwell on the gory details of these animals’ final moments. But the brutality of their deaths is shocking and strongly underlines why fur farming needs to be banned. 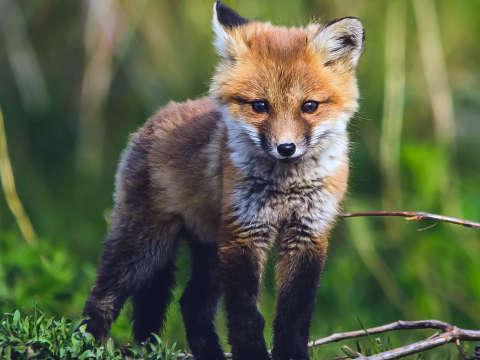 Not suitable for sensitive readers

Mink are taken from their cages by grasping them at the base of the tail and shoving them through a spring-loaded trap door into a gas chamber on wheels. This keeps handling down to a minimum, but the fiercely independent mink are thrown in with tens of others – not only is this highly stressful, they can also suffocate, even before the gas takes effect, from being confined with so many others.

Despite calls to end the practice, mink are still being gassed with carbon dioxide. Depending on the concentration of the gas, mink can take between 4 and 15 minutes to die. Carbon monoxide is also used for killing mink but, since this gas induces unconsciousness and death through deprivation of oxygen, this is particularly cruel for an animal used to diving.

The least obnoxious method for electrocuting animals is to apply electrodes simultaneously to the head and back so the current passes directly through the brain, rendering them unconscious before they die of cardiac arrest. However, on fur farms, foxes and raccoon dogs get to chew on one electrode while another is shoved up their rectum – and their heart goes into fibrillation before they lose consciousness.

Getting it in the neck…

Though chinchillas are also sometimes killed through gassing, head-to-tail or water electrocution, many meet their end in the simplest way possible: the handler grabs its head and jaw, arches the neck backwards, then pulls sharply on its tail, breaking its neck. The chinchilla stops squealing, but often continues to writhe in spasms. All in a day’s work…

This cruelty must stop. There has to be an end to these killing seasons.

If you agree, it’s time to sign our Fur Free Europe European Citizens’ Initiative to ban fur farms and farmed fur products on the European market.