Kangaroo imports: sanitary threats and animal cruelty revealed in a new report calling the EU for an import ban 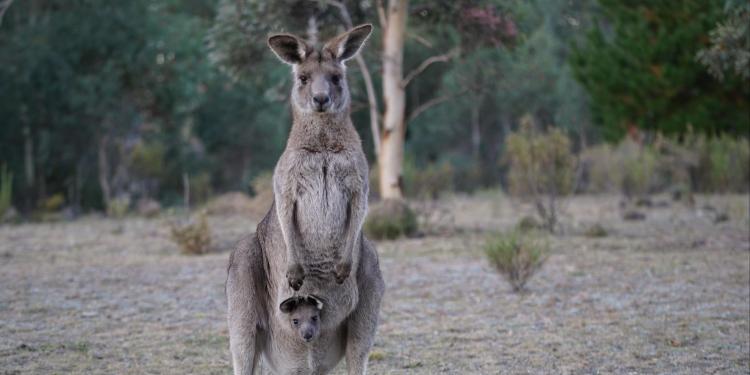 Kangaroo imports: sanitary threats and animal cruelty revealed in a new report calling the EU for an import ban

In the aftermath of World Kangaroo Day, Eurogroup for Animals, with the support of the Intergroup on the Welfare and Conservation of Animals, held the event 'Animal welfare in the EU-Australia trade negotiations and the EU’s role in commercial kangaroo hunting'.

The EU and Australia have been negotiating a trade agreement since July 2018 and the agreement is foreseen to include provisions on animal welfare cooperation. The EU is Australia's main market for kangaroo exports. The main importers of kangaroo meat for pet food and human consumption in the EU are Belgium, Germany, Netherlands and France, while the main importers of their skins, hides and leather are Italy and Germany.

The first part of the webinar, hosted by MEP Manuela Ripa (Greens/EFA, DE,) substitute on the International Trade Committee, was dedicated to the trade negotiations between the EU and Australia and what is at stake for animals in a future possible agreement.

EU trade policy must now ensure we obtain commitments on animal welfare from our partners, and these negotiations are the perfect opportunity to set a strong precedent on this topic. In addition, the sustainability impact assessment on these negotiations has revealed any trade agreement will stimulate Australia’s ruminant meat sector, which will add further pressure on biodiversity. This is not acceptable. The Commission must take this into account.

The second part, hosted by MEP Anja Hazekamp (GUE/NGL, NL), Vice-Chair of the Committee on the Environment, Public Health and Food Safety, and President of the Intergroup on the Welfare and Conservation of Animals, was dedicated to the commercial hunting of kangaroos and the severe concern it raises for animal welfare, public health and conservation.

The commercial hunting of kangaroos is a  barbaric practice happening in remote Australia but in which we, Europeans, play a major role as consumers and biggest importer. Kangaroos are shot at night, leading to non-lethal shots that can cause horrific injuries and a slow death if the animals escape. The EU should introduce a ban on imports of kangaroo-derived products, not only because of the food safety concerns, but also based on ethical grounds

The event was also the occasion to launch the new Eurogroup for Animals report Kangaroo: From Australian Icon to Meat and Luxury Leather for the EU where the severe threats of the current practice are clearly explained:

The COVID-19 crisis demonstrated the urgent need to reevaluate our relationship with wildlife. Commercial kangaroo hunting is a particularly unhygienic and cruel industry not complying with European animal welfare and sanitary standards. It is time for the EU to address these sanitary and welfare concerns and to introduce an import ban.