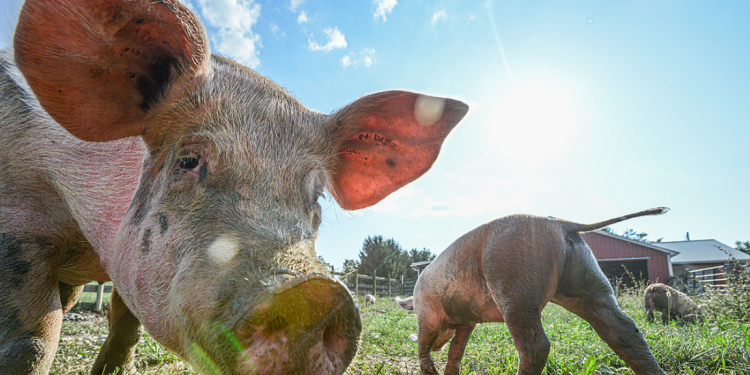 In an unprecedented move, a French criminal court has condemned the practice of illegal routine tail docking of pigs and issued a fine of 50,000 euros, including 25,000 suspended, against the owners of a pig farm.

On Wednesday 6 April, the owners of a pig farm in Limoise, France supplying the Herta brand were sentenced a fine of 50,000 euros by the Moulins criminal court. The court considered the systematic docking of animals' to be an act of abuse.

Tail docking is the practice of shortening a pig’s tail to prevent tail biting. Tail biting usually occurs when pigs are bored or stressed due to their poor quality environment, poor health or lack of stimulation. The procedure is normally carried out without pain relief on piglets younger than 7 days. Although banned since 1994, routine tail docking is carried out in 99% of French pig farms.

The farm in question, which holds over 9,000 pigs, was put under the spotlight thanks to undercover footage released by French association L214 revealing terrible conditions in which the pigs were raised.

This condemnation marks a real turning point! An offense tolerated for 20 years is finally condemned by justice. Tail docking is practiced routinely in almost all farms, with the complacency of state services. France was even called to order by the European Commission in 2020. The message sent today by justice is clear: the regulations concerning the conditions of animal breeding cannot be negotiated. It must apply to all farms, whether the breeding sectors like it or not, and the State is required to apply it.
Brigitte Gothière, co-founder of L214