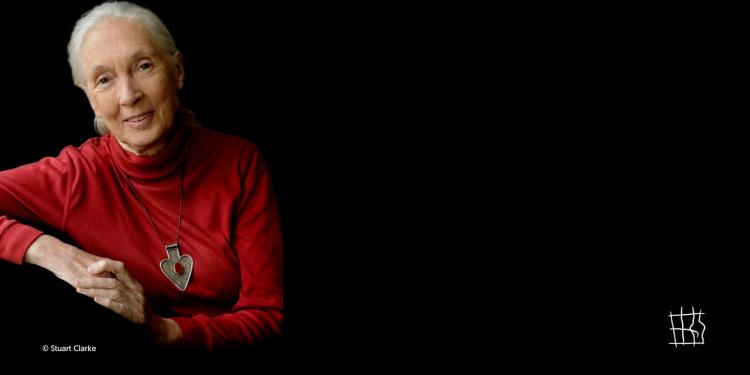 More than 140 scientists are supporting a citizens’ call to end the use of cages for farmed animals in the EU. Among them is the world-renowned ethologist and conservationist Jane Goodall, PhD, DBE, UN Messenger of Peace and founder of the Jane Goodall Institute.

In a letter to the European Commission, the scientists state that they fully support the call by 1.4 million people who recently signed the ‘End the Cage Age’ European Citizens’ Initiative, launched by a coalition of 170 European NGOs led by Eurogroup for Animals' member organisation Compassion in World Farming. The Initiative urges the EU to phase out the use of all cages in farming.

For the submission of the letter, Dr Goodall called for an end to the use of cages in animal farming: “Most people today understand that birds are sentient beings. We have kept hens rescued from factory farms – each had a distinct personality, all showed emotions such as pleasure and fear. A growing body of scientific research supports this, and there can be no doubt that life crammed into a small cage is causing great suffering. The EU needs to take action on behalf of the millions of hens and other animals treated in this cruel manner.”

Despite the EU Treaty’s recognition of animals as sentient beings, over 300 million pigs, hens, rabbits, ducks and quail are confined in cages across Europe. Most cages are barren, cramped, and deny the animals space to move freely. Scientific research shows that cages have inherent severe disadvantages for animal welfare which the letter details. Moving away from cage farming, replaced by commercially viable alternatives, would bring about a seismic shift in our food and farming system with the potential to benefit hundreds of millions of animals a year.

“It is a very important sign to have Dr Jane Goodall and all the other scientists on board to support an end to the use of cages in animal farming,” said Reineke Hameleers, CEO of Eurogroup for Animals. "With 1.4 million EU citizens and more than 170 European organisations, dozens of Members of the European Parliament and the European Committee of the Regions backing the "End the Cage Age" campaign, it is now up to the European Commission to take a strong stance and to commit to revising the legislation that will End the Cage Age for good."