It’s all in a name: How to boost the sales of plant-based menu items 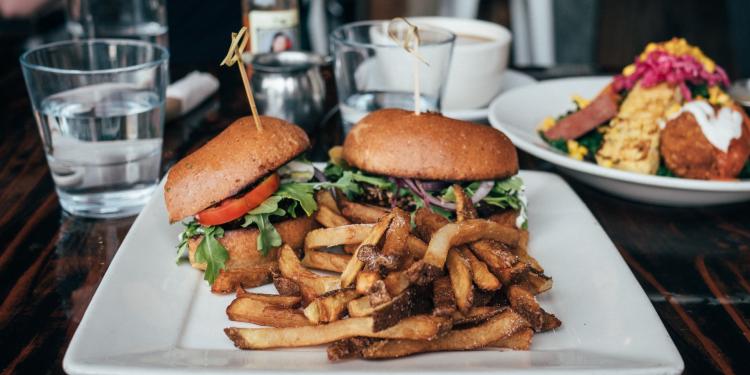 It’s all in a name: How to boost the sales of plant-based menu items

News
What works and what doesn’t when it comes to describing plant-rich foods? World Resources Institute's findings identify four kinds of language to avoid and three to embrace to help restaurants and the food industry boost sales of plant-rich menu items.

If you lived in ancient Greece and ate a diet without meat, you very likely called yourself a Pythagorean. That's because this way of eating was closely associated with the Greek philosopher and mathematician Pythagoras (of Pythagorean Theorem fame) and remained so in many parts of the world until the mid-1800s, when the diet took on a name familiar today: vegetarian.

Although plant-based diets historically were the norm in many cultures, in industrial societies, meat has gone from an occasional treat to weekly or even daily fare. In these societies, vegetarianism is a hard sell. Latest U.S. data show just 5 percent of Americans identify as vegetarian. In Britain, 7 percent of the population say they eat a diet without meat or any animal products. These low numbers are unsurprising, according to Paul Rozin of the University of Pennsylvania: "Meat is one of people's most favored foods. In terms of taste, it ranks at or near the top of human foods, and is often the center of the main meal."

But in an era of dangerous climate change, the connection between rising global temperatures and consumption of resource-intensive foods like beef and other meats has become clear. People in places where meat is considered a staple need to shift toward diets centered on plant-rich foods, which we define as consisting primarily of vegetables, legumes, fruits, grains, pulses, nuts and seeds. These foods may also include animal-based products like eggs and dairy, but not meat or fish. In addition to benefiting the climate, a plant-rich diet comes with important health benefits.

Here's the challenge: how can we make the plant-rich diet the mainstream diet?

One strategy with radical potential borrows a page from the past: change the language we use to describe plant-rich foods.

For two years, World Resources Institute's (WRI) Better Buying Lab has taken an in-depth look at what works and what doesn't when it comes to describing plant-rich foods in a way that appeals to broad swaths of the United States and British populations. Our early findings identify four kinds of language to avoid and three to embrace to help restaurants and the food industry accelerate the shift.