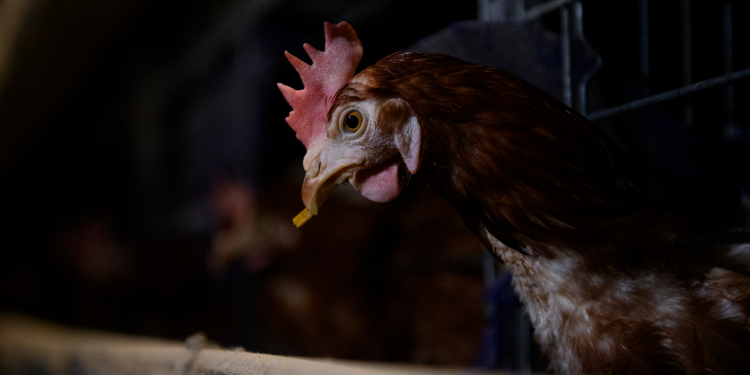 On behalf of the Italian End the Cage Age coalition, the NGOs LAV and Compassion in World Farming co-hosted an event in Rome on 25 May with Italian decision makers to urge the Italian government to support the European Commission’s initiative to ban the use of cages, as well as to start the national transition to cage-free systems.

More than 300 million animals are still confined in cages across the EU. Scientific evidence has demonstrated that the use of cages causes terrible animal suffering, as cages impede animals’ ability to satisfy their basic needs, such as freedom of movement and interaction with their environment.

Last year, CIWF and LAV worked together with other NGOs on the European Citizens Initiate (ECI) ‘End The Cage Age’. This was the first ever ECI on animal welfare, collecting the third highest signature count in ECI history with the backing of 1.4 million citizens. This result is testament to how close animal welfare is to EU citizens’ hearts. Last June, the European Commission positively replied to this initiative and committed to present a legislative proposal by 2023 to phase out all cages in the Union by 2027.

Such a proposal is part of a wider revision of the EU animal welfare law, which aims at overcoming current gaps and making sure that all animals will benefit from legal protection, regardless of their species. While the EU is moving in this direction, it’s key that Member States, including Italy, will support the European Commission’s commitment, by starting at national level to implement the transition and building up a cage-free Europe. This is possible, and examples of farms phasing out cages already exist in Italy.

At the event, LAV presented a new study to defend the call to end the cage age. Conducted by Lorenza Bianchi, Ph.D., (LAV), “The possible transition to a cage-free era: the case of laying hens in Italy”, showcases the clear need to ban the use of enriched cages. The study confirms the evidence collected by LAV, highlighting how these systems prevent the hens’ natural behaviour, due to the lack of adequate bedding, enrichments or possibility to explore the environment. Caged hens are in forced contact with each other, very often in overcrowded conditions, and are prone to develop health issues due to insufficient movement. Very often, these animals suffer from bone weakness and fractures, also exacerbated by the lack of calcium linked to the high and unnatural levels of egg production.

Citizens and consumers are deeply concerned about the conditions under which hens are kept for ethical, health and environmental reasons. Furthermore, economic studies have revealed that egg consumption is characterised by low price elasticity, meaning that an increase in the price of eggs will not result in a disruptive reduction in demand.

Not only the scientific literature has now established that cages cannot guarantee the basic needs of animals, but the evidence supporting the change also comes from the market. For decades now consumers have begun to show great sensitivity on the issue of farms, and more and more are deciding to buy products from farming systems that guarantee better protection of animals, even at a higher price, both for reasons of health and environmental sustainability, and for ethical reasons and sensitivity towards animals. It’s time to turn the page and make cage-free Europe a reality.
Lorenza Bianchi, PhD in economic sciences and Farm Animals Officer, LAV

The possible transition to a cage-free era: the case of laying hens in Italy