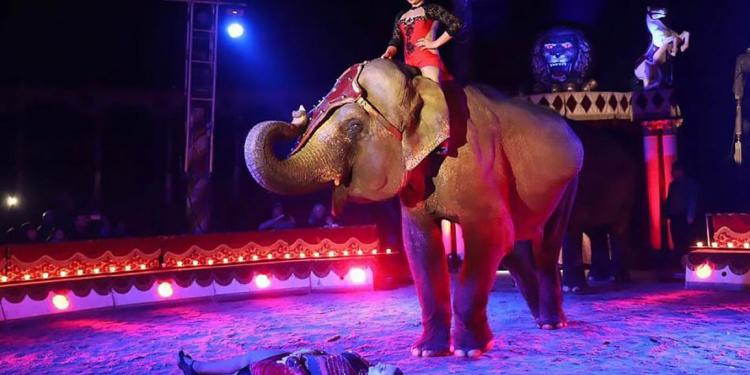 News
One of the oldest and largest Italian circuses has arrived in Russia’s northernmost city of Pevek after an epic cross-country trek — but their tour has raised concerns among Russians over the ethics of using wild animals as performers.

The Togni circus, which includes human and animal performers, had come all the way from Kazan in the republic of Tatarstan, traversing a 16,000-kilometer route, The Siberian Times news website reported. To reach Russia’s northernmost city the Italian troupe spent 10 months on the road, performing in cities including Omsk, Novosibirsk, Krasnoyarsk, Irkutsk and Vladivostok along the way.

Despite social media posts depicting beautiful trained animals, residents of Yakutsk in eastern Siberia were not so happy about the circus’s performance there. In July, Yakutsk residents shared videos showing elephants being taken for walks through the city, sparking a petition to ban animal circuses which was signed by almost 100,000 people.

“The circus is always cruel beyond limits and circuses with animals should be banned,” The Siberian Times quoted Irina Novozhilova from the VITA animal rights protection organization as saying. “There is a quota for anesthesia for animals. If something [bad] happens, it won’t be enough for even a single elephant.”