Is it wrong to wear fur? 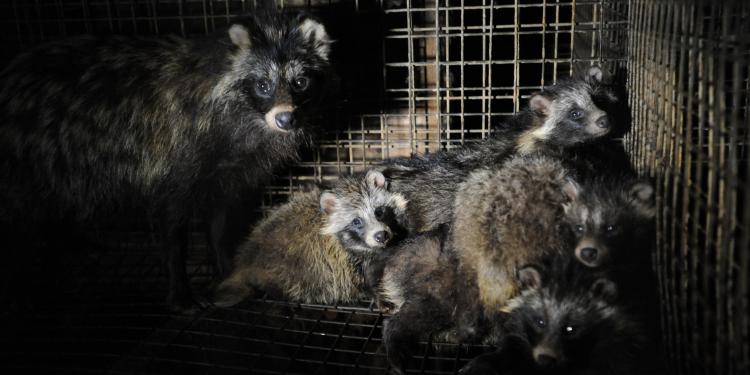 Jo-Anne McArthur / The Ghosts In Our Machine
#Act4
Wildlife

Is it wrong to wear fur?

News
Twenty years ago, Europe had a virtual monopoly on fur farming.

At the turn of the millenium, 73% of all animals farmed for their fur were raised on European fur farms. Today, that figure is around 50%, and several EU countries have either banned fur farming entirely or are in the process of phasing it out. The top fur producing countries in Europe, including Denmark, Poland, the Netherlands, and Finland, have been joined by China, Russia, and the US.

COVID-19 has also put pressure on European fur farming. Mink farms, including in Spain and the Netherlands, have been told to cull thousands of animals (and the phasing-out of mink farming has been accelerated in the Netherlands as a result).

What do our readers think? We had a comment from Jovan, who points out Europeans have worn fur for thousands of years (since we all lived in “wooden huts”). Yet, despite Jovan’s comment, fur farming has now been banned in some EU countries and is being phased out in others. So, despite our history, is it wrong to wear fur?

To get a response, we spoke to Reineke Hameleers, CEO of the Eurogroup for Animals, an association of animal advocates across Europe campaigning to “measurably improve the protection of animals” in the EU. What would she say?

"There is a short and a long answer for this good question. Yes, it is wrong, because we cannot get this practice right for the animals. Most importantly, the fur farming industry is inherently cruel because, as you may know, annually in the EU, tens of millions of mink, foxes, but also raccoon dogs and chinchillas are being killed for their fur. These are wild animals who are being kept in cramped conditions in wire cages for their entire lives. The problem is that they cannot express their natural behaviour, and we have seen numerous investigations that have exposed the extreme suffering of these animals. Only recently, one of our member organisations – Otwarte Klatki in Poland – published evidence of the systematic abuse of mink, for example, aggression among the animals, cannibalism, mink with deep wounds dying in their cages, lack of veterinary care, etc. So, we believe it’s high time to ban this practice throughout the EU. Many Member States have already done that, and we believe it is very important for the others to follow their example. Because causing this tremendous suffering and taking the lives of animals for non-essential luxury and trivial reasons can never be morally justified."