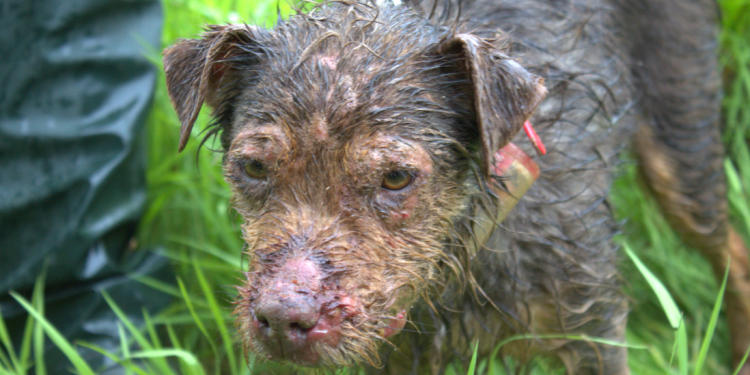 Our member organisation the USPCA has worked with the BBC to produce an investigative documentary: 'Exposed: Hunting With Dogs'. The programme investigated hunters who use dogs to track and kill wild animals, exposing some of those at the heart of the hunting networks and the online groups used to share their secrets.

Baiting is a blood sport that entails deliberately setting up (often fatal) fights between hunting dogs and wild animals such as foxes or badgers. This cruel practice is widespread throughout Northern Ireland and causes unthinkable suffering to both the dogs and the animals hunted.

The new investigation revealed a shadowy underworld where private member groups share graphic videos and image of savaged prey and brutally injured dogs. There are believed to be 150 individuals actively involved with animal baiting, and up to 14,000 cases of badger baiting in Northern Ireland each year.

Badger baiting is illegal in Northern Ireland as badgers are a protected species. Foxes, however, have no such legal protection. The USPCA calls for greater enforcement action to protect all animals involved in this blood sport.

In 2021, an Alliance party member of the Legislative Assembly put forward a private member's bill to the Northern Ireland Assembly, Stormont. This bill would have closed the loophole that’s currently being exploited by banning all hunting with dogs in Northern Ireland. However, this bill was defeated and currently Stormont is absent, thus there is no prospect of the law changing.

We would like to see, even on a time-limited basis, a special task force set up by the police to proactively investigate this network of over 150 badger baiters in Northern Ireland and to hold them to account in the criminal court. While fox hunting is legal the chances of a badger baiting conviction are undermined, because there is the defence, the cloak of 'well, I was just out hunting foxes', whereas in fact it was badgers that they were hunting. 99% of the people involved in baiting in Northern Ireland were targeting both foxes and badgers.
Brendan Mullen, USPCA Chief Executive