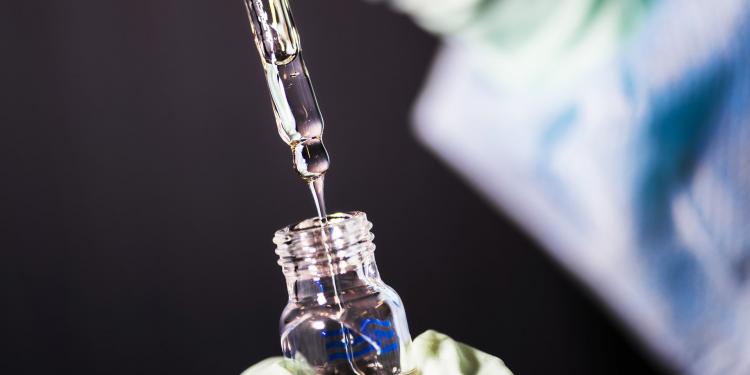 News
Dutch, Bilthoven based, Intravacc, a global leader in translational research and development of viral and bacterial vaccines, announced the publication of a study in Scientific Reports on alternatives to the use of laboratory animals in vaccine quality control. The study was conducted together with Leiden Academic Center for Drug Research (LACDR) at Leiden University.

A great number of laboratory animals are still being used all over the world for the quality control of vaccines. This also applies for tetanus and diphtheria vaccines, both consisting of bacterial toxins inactivated by formaldehyde. This inactivation largely determines the quality of these vaccines. Researchers from Intravacc and LACDR have been searching for a test that reduces the use of laboratory animals.

To this end, a small but important step in the way vaccines work was reproduced in a test tube. Inactivated model vaccines were treated with an enzyme that plays an important role in the first steps of the immune response. The enzyme, cathepsin S (CS), breaks down vaccines and pathogens into fragments that are recognised by immune cells. The inactivation step with formaldehyde affects the rate of breakdown by CS. It was assumed that the breakdown of inactivated vaccines would be slowed down by CS, but the opposite was the case.

It became apparent that it is possible to accurately and sensitively measure vaccine inactivation by quantifying the formation of vaccine fragments during breakdown by CS. This is remarkable as formaldehyde chemically alters vaccines in dozens of places, resulting in a heterogeneous protein mixture that is difficult to analyse.

This means that it may be possible to replace animal testing in the future for vaccines using this inactivation, such as diphtheria and tetanus toxoids. As these vaccines are effective and inexpensive, they will not be easily replaced by 'modern' products.