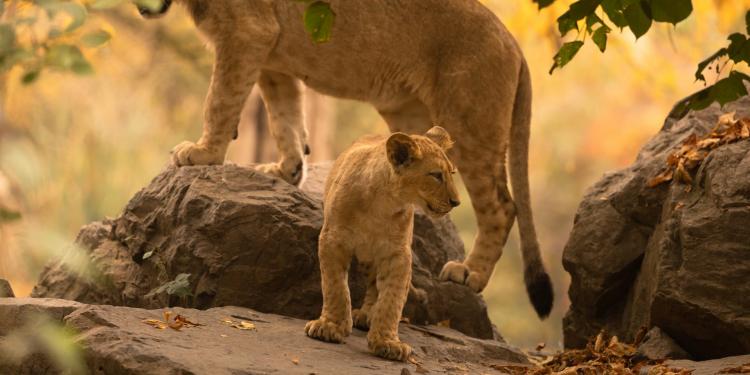 Two inbred lion cubs in a Bulgarian zoo are victims of “systemic neglect of animal welfare in the country’s zoos”, according to an animal-rescue charity.

Simba and Kossara, who are less than three months old, were the result of breeding between a brother and sister and were abandoned by their mother when she was unable to care for them.

They were discovered very weak, curled up in a small box, just days after being born. After being moved to another “inappropriate” zoo, the pair are now still suffering in a small enclosure with a concrete floor, according to the charity Four Paws.

Inbreeding and poor conditions are rife at zoos in Bulgaria, which operate in breach of minimum standards set by the EU, it’s claimed.

The country is believed to have 24 lions and 15 tigers in captivity, of which only a handful are being looked after properly, the animal-welfare organisation says.

Bulgaria’s state zoos, built during the Soviet era, are “underfunded and decaying”, and the government is accused of granting zoo permits without checking whether EU standards of care for animals and conservation are met - illegal under EU rules.

Simba and Kossara were born in cramped conditions at a zoo in early July, but after being discovered “in a critical state”, they were moved to a clinic in Sofia, and from there to a second zoo.

Four Paws said its offer to rehome the animals at a sanctuary in the Netherlands had been repeatedly ignored.

Barbara van Genne, of the organisation, said: “They are among the most recent victims of the authorities’ negligence. The cubs have been taken from one inappropriate enclosure to another, and neither is equipped for their species-appropriate long-time care.