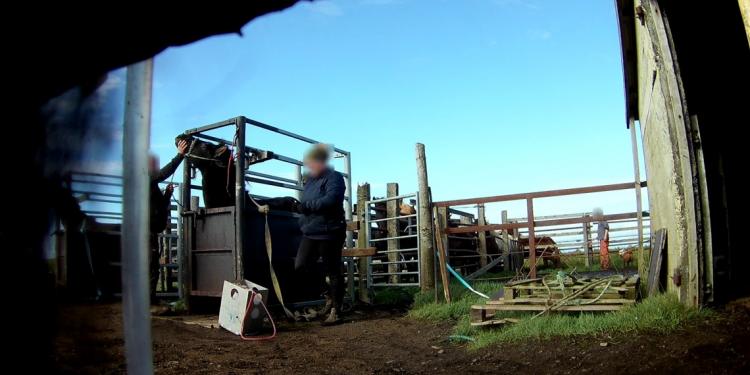 New investigation from Animal Welfare Foundation on blood farms in Iceland uncovers a business involving around 100 establishments and 5,000 Icelandic horses. The investigators discovered a sequence of animal welfare violations, contrary to all statements made by the pharmaceutical companies, blood farmers and veterinary authority involved. Eurogroup for Animals reiterates its call to ban the import of eCG, the hormone derived from the mares’ blood, into the EU.

Around 90,000 horses live in Iceland where they contribute to the country’s economy through industrial animal breeding, tourism, sport and meat production. There is also another, less known, use: the blood of pregnant mares is collected to obtain eCG (equine Chorionic Gonadotropin), also known as PMSG (Pregnant Mare Serum Gonadotropin), which is used in animal breeding to induce follicular growth, ovulation and estrus.

To this end, five litres of blood are drawn from each mare every week, for up to ten weeks. In order to extract eCG from the blood, the mares must be pregnant. The foals are thus a by-product and usually end up in the slaughterhouse. Prices for foals are now at rock bottom and exploiting the mares’ blood has become much more lucrative, further stimulating the growth of the sector.

Arnthor Gudlaugsson, CEO of Isteka ehf, the Icelandic pharmaceutical company working with the farms that Animal Welfare Foundation investigated, confirmed that production has tripled since 2009. This translates into revenues of around 10 million euros per year. Isteka operates several blood farms and is a contractual partner of more than 100 other blood farms.

The business has been booming for years due to the demand from pharmaceutical companies, such as MSD/Intervet and Ceva Santé Animale, and from animal producers in the EU.
York Ditfurth, AWF|TSB board member

The blood collection violates animal protection laws in force in Iceland, and in the EU. Most of the mares are semi-wild, they have hardly any contact with humans. The film recordings made during the blood collection show workers beating the horses and using dogs to move them around.

Since only veterinarians are allowed to carry out the blood collections, according to Icelandic law they would have to intervene immediately in case of animal welfare violations and report them to the veterinary authority. However, this does not happen because the veterinarians earn good money from the blood business too, as informants confirmed to us.
Sabrina Gurtner, Project Manager, AWF|TSB

AWF and TSB submitted the video footage to the Icelandic animal welfare lawyer Árni Stefán Árnason and his verdict is clear "The beating scenes depict cruelty to horses which is strictly forbidden. This can be punished with a heavy fine or imprisonment of up to two years, as well as with a prohibition to keep animals".

Professor Stephanie Krämer of the Department of Veterinary Medicine at Justus Liebig University in Giessen (Germany), described the blood collection procedure as a repetitive traumatisation of the mares.

After the numerous investigations led on blood farms in Latin America, the case of Iceland further demonstrates the need for the EU to take action. Together with several international animal welfare organisations, Eurogroup for Animals, AWF and TSB call upon the European Commission to follow the direction indicated by the European Parliament in its resolution on the Farm to Fork Strategy, and  to ban the import and domestic production of eCG.

The full investigation report is available upon request.