How close is the EU to animal-free science? 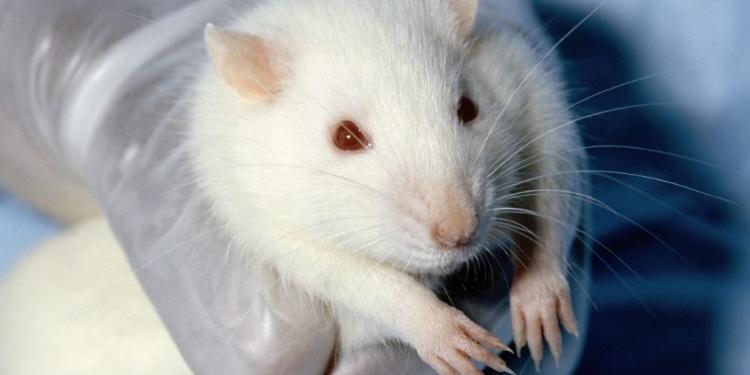 How close is the EU to animal-free science?

News
This World Day for Animals in Laboratories (#WDAIL) comes after a year that was far from kind to these animals, but also a high year for non-animal science. We and our members are continuing to raise awareness and call for concrete and coordinated policies to promote a move towards scientific research that doesn’t use animals.

During the last year, the pandemic saw unprecedented funding made available to scientists, who rushed from across a range of disciplines to study the coronavirus. Some of this research involved the use of animals.

The closure of universities and other laboratories around the world also led to the halting of many non-COVID related projects and in many places, the immediate killing of large numbers of animals. Also of concern, the EU ban on animal testing for cosmetics became at risk of being completely undermined. And, more recently, another investigation by an animal protection NGO has exposed the high level of cruelty in yet another laboratory.

However, this high year for science also highlighted opportunities for how advanced non-animal scientific tools and approaches can be more widely promoted to improve the search for disease treatments and the safety assessment of chemicals.

For example, in an open meeting on the role of non-animal approaches in COVID-19-related research, organised by the Intergroup on the Welfare and Conservation of Animals, several experts gave their opinion on the power of new animal-free testing methods to better understand, prevent, and treat diseases such as COVID-19. The conclusions drawn from this meeting illustrate the important steps to be taken if we are to move towards animal-free science.

Today, several of our member organisations are raising awareness and calling for concrete scientific policies that can promote innovation, move towards human-based science, and pay full regard to the 3Rs of replacement, reduction, and refinement:

GAIA marks World Day for Animals in Laboratories with a new website launch to make information on animal experimentation available to the general public. The organisation has launched a campaign calling for an end to invasive experiments on healthy dogs and cats.

RSPCA is publishing a piece on their work and achievements over the last year, both in the EU and internationally, trying to raise the standards for the welfare of animals in laboratories.

Animal Defenders International will be sharing on Twitter and Facebook statistics on the use of animals in USA and UK laboratories.

People for Animal Rights Germany (PARG) and Doctors Against Animal Experiments (DAAE) are organising an action at the Brandenburg Gate in Berlin within the frame of their joint campaign for a phase-out plan for animal experiments in Germany.

Proefdiervrij want to generate more awareness of non-animal testing methods. There is still a lot of unawareness about animal testing. As a result, many unjustified conclusions are drawn. That there is no other way or that we will never be able to work without laboratory animals. To explain why these conclusions are unjustified, they are launching a campaign to clarify why non-animal science is better for humans and animals. We are further along than you think. Follow them on Twitter.

LAV launched a new web page denouncing the lack of transparency of animal testing with examples of missing data, low training of personnel working with animals, corrupt inspections and more. They are asking the Minister for more funds for non-animal models.

Deutscher Tierschutzbund will be using their channels on Instagram and Twitter to share the YouTube-Video “Save Ralph” from the Humane Society to support the transition to an animal-testing-free world.

How you can support animal protection organisations in Ukraine
Eurogroup for Animals calls the European Commission to stop the production, import and use of eCG in the EU
Fur Free Europe ECI - a final stop to fur cruelty
Beef production drives deforestation five times more than any other sector