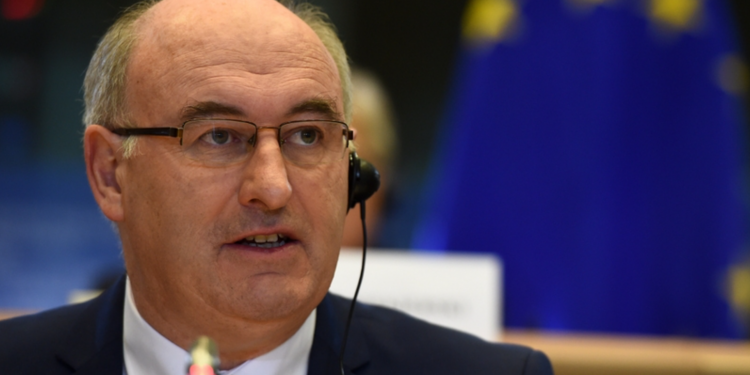 News
Phil Hogan has been confirmed as the EU's next trade commissioner.

The nomination of Mr Hogan, 59, means he will be the EU's chief trade negotiator if and when free-trade negotiations commence between the EU and the UK after Brexit.

In announcing the appointment, the next head of the EU's executive, Ursula von der Leyen, said Mr Hogan was "an excellent and fair negotiator" and had done a "brilliant" job heading agriculture affairs in the outgoing commission.

"It is very important to have together a very good free trade agreement," Ms Von der Leyen told a news conference to unveil her team for the next commission, which must still be approved by the European Parliament.

Mr Hogan's appointment is arguably a powerful signal that the EU will continue to prioritise the issue of the Irish land border if and when those negotiations get under way.