Have you met CAAI? 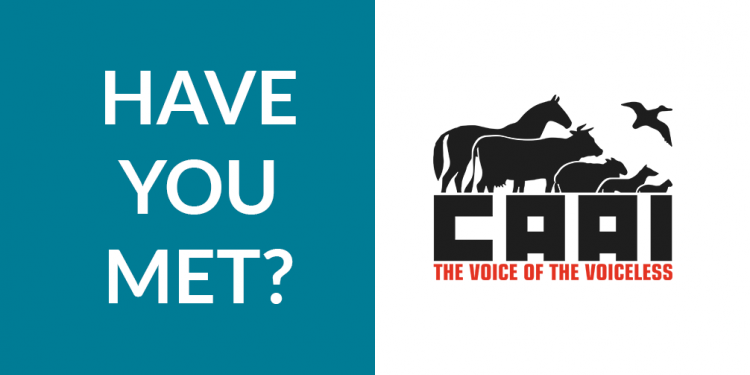 Have you met CAAI?

This month we had the pleasure to interview Stefan Dimitrov, animal welfare advocate and activist for Campaigns and Activism for Animals in the Industry (CAAI).

Tell us a bit about Campaigns and Activism for Animals in the Industry (CAAI) and its main battles.

CAAI is a Bulgarian non-profit organisation founded in 2017. Our mission is to end as much of the suffering of as many animals as possible in all fields of human activities with the limited resources at our disposal. Our group is roughly 30 activists on Slack, five of which are employed part- or full-time through grant projects.

We started our work four years ago with the launch of our fur campaign, including the first ever national investigation in a factory farm, and a National Citizens’ Initiative that got 35 thousand people to sign for a ban on fur farms. These signatures were gathered by 200 volunteers all around the country. This was the second-largest petition of its kind here.

Since then we’ve been working with politicians, the media, scientists and experts, celebrities, local environmental NGOs, and organising demonstrations to get the ban into national legislation, and to keep the topic of fur farming in the public air. A group of MEPs tabled the bill in late 2019, and, after parliamentary elections, now again in early 2021.

In which countries is CAAI present?

What about you? Tell us a bit more about your role within CAAI and why you joined.

I’m currently in charge of communications on our cage-free campaign. More generally, I take care of IT and social media. I’ve also done volunteer recruitment and coordination, and work on developing our culture, values, and work practices.

I've been working as a volunteer since January 2018 and have been employed part-time since March 2020. I joined a couple of years after becoming vegan and realising that I needed to join a group and get organised with other people if I really wanted to impact the fate of animals in farms. I was in my first year in university back then, so I had time to spare and enthusiasm to use.

When did CAAI join Eurogroup for Animals and why?

CAAI joined Eurogroup for Animals in March 2021. Our partnership with Eurogroup for Animals was something we had been looking for since mid-2020. We believe it’s highly important both in terms of spreading vital knowledge, resources, and experience, as well as for synchronizing our efforts and increasing the effectiveness of collective actions.

What are CAAI's main achievements this year?

A couple of months ago we organized a key demo in front of the building of the Council of Ministers, while the new government was being sworn in. Numerous politicians and MEPs from 6 different parties joined us and we managed to secure widespread media coverage as well as personal meetings during the protest with the two new ministers of agriculture and health. These led to advances against the fur industry here in Bulgaria with the exposure of numerous scandals and corruption schemes surrounding the largest fur farm in the country, and allowed us to secure commitments from parties and MEPs in support of the ban.

We secured tens of cage-free commitments from local businesses, as well as translations and publications of global and regional commitments locally, in addition to running a large-scale online and offline ad campaign around Easter that garnered significant attention and thousands of signatures on our petition.

How can the public act for CAAI?

The most widespread support we receive from the public directly is signing petitions, attending protests, taking part in our online actions, and spreading the word to raise awareness.

Here is a rule to remember in future, when anything tempts you to feel bitter: not This is misfortune, but To bear this worthily is good fortune."  - by Marcus Aurelius