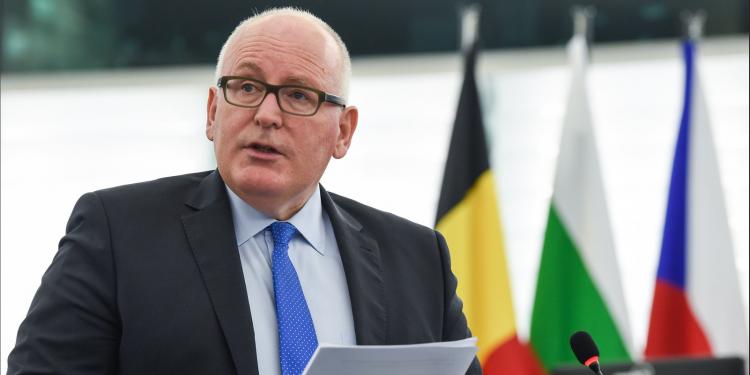 News
The European Commission is having to re-order its priorities in the face of the coronavirus crisis, with “non-essential” initiatives like the biodiversity strategy and the farm-to-fork strategy likely to be delayed by several weeks, EURACTIV understands.

Officially, the show must go on. But in private, officials admit that Brussels is having to review its priorities in order to throw all its weight behind the ongoing fight against the coronavirus crisis.

“At this point in time, we do not have any comment to make on any knock-on effect that this could have on legislative work in general,” said Eric Mamer, chief spokesperson of the European Commission, during a regular press briefing on Tuesday (17 March).

However, he also suggested that a reshuffling of priorities was underway at the EU executive, also because of constraints posed by teleworking.

“For legislative activity to work, we need to have the institutions able to operate,” Mamer admitted, saying Commission services and other EU institutions “will definitely have to prioritise their work in order to cater for the current needs.”

The Intergroup on the Welfare and Conservation of Animals is calling to replace live export with a trade in meat, carcasses and genetic material
EU Strategy for the Protection and Welfare of Animals (2012-2015): the European Commission’s evaluation is finally out
GAIA launches #EUforAnimals campaign

Fish welfare added to high-level global policy paper on sustainable aquaculture
Have you met Green REV Institute?
EU Organic Day: what it could mean for animal welfare
New Report on the Beneﬁts of Aquatic Animal Welfare for Sustainability Released