The government should stop helping the bullfighting industry 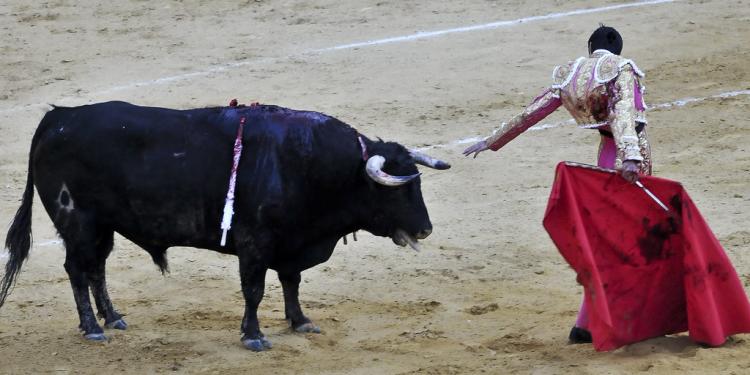 The government should stop helping the bullfighting industry

More than 500 Spanish NGOs, including our Member organisations ANDA, AVATMA and FAADA, appealed to the Spanish government to stop providing financial aid to the bullfighting industry.

In Spain 84% of young people declared that they are not proud of living in a country where bullfighting is a cultural tradition (Ipsos Mori, 2015) and 78% of citizens opposed public bullfighting subsidizes with public money (YouGov, 2018). This is why the NGOs ranging from animal advocacy and environment to social justice, women and children right ask the Spanish government: “Why are citizens' opinions ignored?”

The letter refers to the moment of social and economic crisis caused by the COVID-19 "which is leading to a heartbreaking economic recession... when ethical values ​​take on greater importance"

The united Spanish civil sector demands total transparency by the Government and the rest of the public administrations regarding any aid or subsidy that is destined for the bullfighting sector which has been receiving significant amounts of public money through indirect channel. One of the good examples is the money coming through the Common Agricultural Policy schemes although the vast majority of MEPs voted against bullfighting in 2015.