Ghent will ban horse-drawn carriages in city centre from 2020 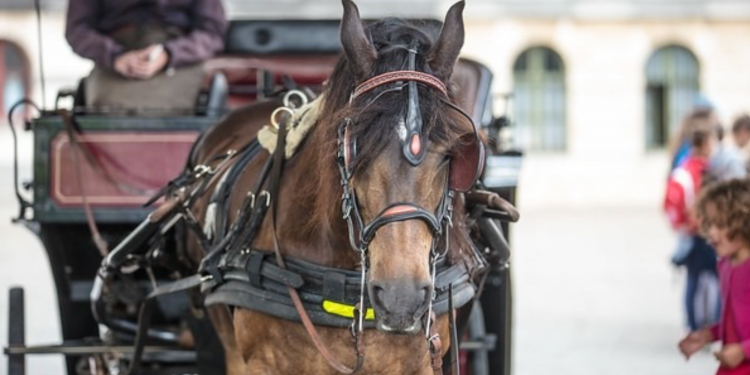 Ghent will ban horse-drawn carriages in city centre from 2020

News
Ghent city council has approved a proposal to banish horse-drawn carriages for sightseeing tourists from the city centre starting next year.

The city said the coaches no longer fit in with the council’s vision of “quality tourism” for the city. They are also a problem given the numbers of tourists in the city centre, and the council raised the issue of animal welfare.

The coaches are operated by Koetsen van Gent, a private company whose licence is normally renewed every year. The decision means that licence will not be renewed when it expires in 2020. Ghent has already banned the letting of holiday homes within the city, and the ban on horse-drawn carriages follows the example of Amsterdam and Rome, said the city’s councillor in charge of tourism, Bram van Braeckevelt.

“Ghent is aiming for quality tourism,” he said. “That is tourism that also has a value for the people of Ghent themselves, and that is based on the city’s authenticity. Horse-drawn carriages riding around does not fit in with that vision,”