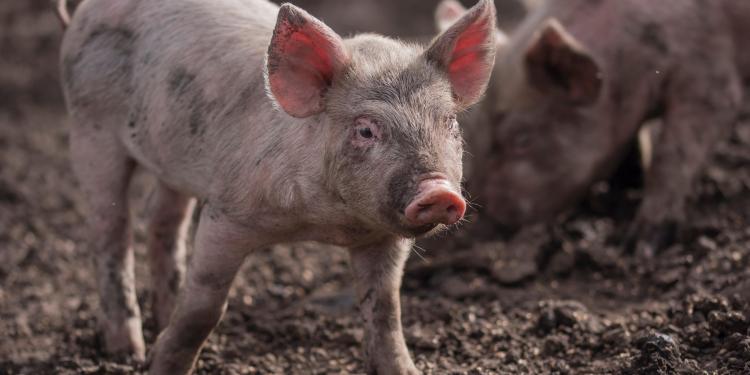 An EU-level animal welfare labelling scheme that would inform consumers about the welfare of animals during food production was proposed by Germany at yesterday’s AGRIFISH Council meeting.

Whilst the precise standards of any such label were not fleshed out, Eurogroup for Animals welcomes this acknowledgement that any effort to make the EU’s agricultural sector truly sustainable, which includes animal welfare, has to go hand-in-hand with consumer empowerment.

“We welcome the courage of the German Minister in grasping this particular nettle. How to link higher welfare practices, support for farmers and empower consumers has long been a bone of contention. As a result, the debate has been avoided for too long,” said Reineke Hameleers, Director of Eurogroup for Animals. “In line with citizens’ expectations, any EU labelling scheme should enable farmers to transition towards truly higher welfare systems whilst providing consumers with transparent information. Method of production labelling on meat and dairy products would be the ultimate approach to achieve these goals.”

The German proposal is also timely. As Europe’s farming systems have to change to meet the challenges posed by climate change, and the Commission considers how best to do this through its Green Deal, we need to ensure that higher animal welfare is a key indicator of sustainability.

Credit to Minister Klöckner for putting this issue on the table. Eurogroup for Animals stands ready to provide our input to the debate in the coming weeks and months.

Method of production labelling not only allows consumers to choose products that are higher welfare, but it also allows for choice based on the type of farming system used. Moreover, it has already proven successful for farmers, consumers, and animals wherever it has been employed.

“We are clear, though, that any such system ultimately has to be mandatory. Voluntary labelling only ever captures a small segment of the market, and could lead to confusion if this exists alongside a range of other voluntary, subjective standards,” added Reineke Hameleers. “However, credit to Minister Klöckner for putting this issue on the table. Eurogroup for Animals stands ready to provide our input to the debate in the coming weeks and months.”

Almost all the Member States called for a study by the Commission to assess the feasibility of such a labelling scheme. Commissioner Kyriakydes suggested that such a study could be part of the evaluation of the Animal Welfare Strategy or the upcoming Farm-to-Fork Strategy.

As an association that has several member organisations with their own animal welfare labels, Eurogroup for Animals sees the German proposal as a way of starting a conversation at EU level on how consumers can best be informed, and is well placed to advise on what works and what does not.