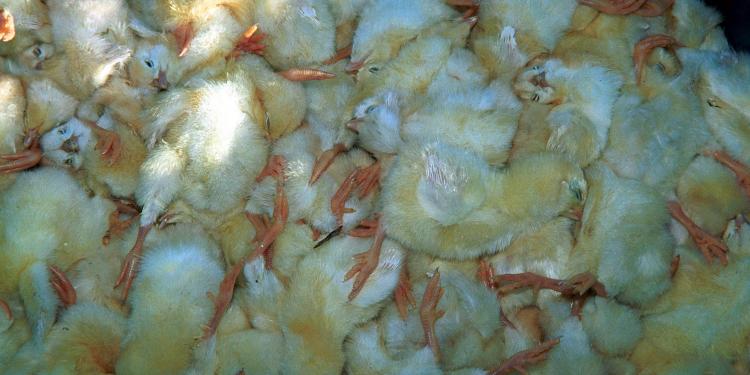 A new bill would postpone a ban ending the culling of male chicks in Germany until 2022. Critics say Berlin failed to seek an EU-wide stop to the practice, leaving Polish and Dutch egg imports unchecked.

The proposed bill – a ban on chick culling of one-day-old male chicks by end of 2021 and the in-ovo sexing of chick embryos after the sixth day of incubation until end of 2023 – is very welcomed but it comes too late.

Deutscher Tierschutzbund is criticising the way Julia Klöckner, German agriculture minister, has tackled the issue: Instead of using all the resources available to make sure that the killing of male chicks was banned until October 2019 in Germany, as it was decided upon in the coalition agreement from 2018, too much time was spend on trying to appeal to the poultry and retail industry to find a voluntary agreement.

Voluntariness is no way to go, when it comes to animal welfare and now male chicks have to suffer for it until December 2021. According to Thomas Schröder, president of Deutscher Tierschutzbund, the bill itself is plausible, but comes delayed. The two proposed methods of chick sexing carried out while chicks are still in the egg do not solve the systemic problems in the poultry industry and can only be an interim solution. In the end the most animal welfare friendly solution is the sole focus on dual purpose chicken breeds in poultry farming.

Nevertheless – if the bill is implemented it would make Germany the first country worldwide to ban the killing of male chicks altogether. Now we need a European solution as fast as possible.