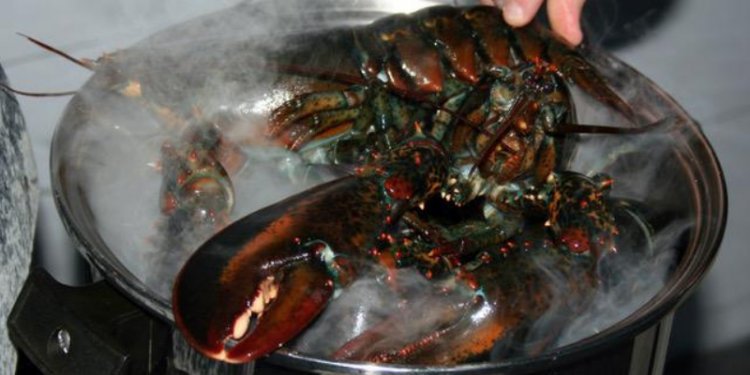 Each year, Belgium imports an average of 3.8 million live lobsters, mainly from Canada. Belgians are the largest consumer of lobster in the world per capita.

The whole journey of the lobster from capture to death is agonising. The lobsters are transported from Canada to Belgium in polystyrene foam boxes with gel ice packs. They are held vertically with their claws held upright. On arrival, the lobsters are at best kept alive in water tanks, sometimes for months. At worst, they are simply placed on ice. Exposed to air, they are unable to excrete bodily waste products, and their condition weakens significantly leading to a slow death. The animals are commonly then boiled alive or cut in half without being stunned.

Recent scientific research has concluded that that crustaceans, such as crabs and lobsters are sentient beings that feel pain. GAIA is therefore collecting signatures for a petition to introduce a ban on the live boiling or cutting of lobsters without stunning.

Such a ban would receive the support of a large part of the population. GAIA reports that 83% of Brussels residents are aware that lobsters feel pain. In addition, four in five Brussels residents believe that lobsters feel pain when they are boiled alive and consider that this is also the case when they are cut up alive. 80% of Walloons agree that there should be a legal ban on killing lobsters without stunning them.

Crustastun is an electrical stunning and killing device developed to render crustaceans unconscious without impacting the quality of the meat.