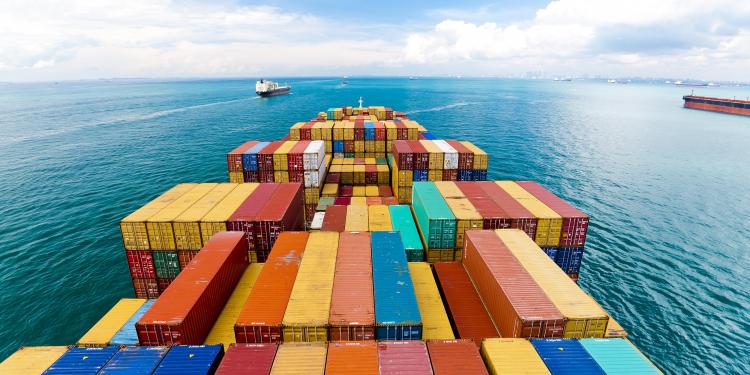 News
Julien Denormandie, Luis Planas, and Elisabeth Köstinger, respectively ministers of Agriculture and/or Sustainability from France, Spain and Austria, called on the EU to include more ambitious import tariff conditionalities in its trade policy. Eurogroup for Animals welcomes this call and highlights that in order to be successful, the initiative, known as “mirror measures”, must encompass animal welfare.

In an op-ed in the French daily Le Figaro on 4 October 2021, the three ministers called to “redefine the rules of international trade for the 21st century” by conditioning imports of agri-food products to EU-equivalent standards in terms of environment and climate. The call is supported by the findings of the Commission's own Joint Research Center which found out that trade policy was essential to reaching the goals of the EU’s Green Deal, and that trade deals needed to “more adequately” address agri-food products.

Even if animal welfare was not explicitly mentioned in the op-ed,  it must be included within the scope of any “mirror measure”. Trade agreements grant significant market access for animal products with almost no condition related to animal welfare or sustainability. Only rules related to welfare at the time of slaughter apply to imports. This is highly problematic because the unconditional market access granted by the EU in its trade deals fosters intensive animal farming abroad and in the EU, which is not only detrimental to animal welfare, but also fuels challenges of our times, such as the spread of zoonoses, the climate/biodiversity crisis and antimicrobial resistance.

As a result, the EU’s sustainability agenda cannot be achieved without addressing the impacts of trade on animal welfare.

By conditioning imports of animal products to EU-equivalent animal welfare standards, the EU would not only improve the welfare of trillions of animals, but also foster more sustainable methods of production abroad. Indeed, access to the EU market could be a positive and powerful leverage to incentivise farmers and producers to switch to more sustainable and humane methods of production. In addition, this measure is supported by 93% of EU citizens who wish a legislative change to impose all EU animal welfare standards on imported food products. This ethical concern raised by EU citizens can guarantee that the measure would be WTO-compliant.

All eyes are now on the French presidency of the Council of the EU, which will have the opportunity to put forward the “mirror measures” to reconcile the objectives of the Green Deal - and Farm-to-Fork strategy - with EU trade policy. The timing has never been better with the EU recently setting a significant precedent with the first animal welfare-based condition in a trade agreement in the EU-Mercosur deal, and the Commission’s communication on the European Citizens’ Initiative (ECI) “End the Cage Age” that looks at imposing EU animal welfare standards to all products placed on the EU market, regardless of their origin.