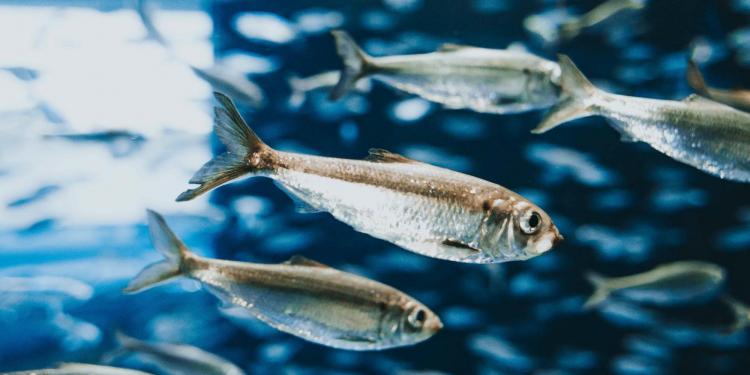 A new research project will conduct a first study of the way fish die in fishery with the aim to examine how billions of fish living in mid waters die in trawling, and whether fishing methods can be developed to support a more humane killing of these sentient animals. Eurogroup for Animals’ member Animal Protection Denmark and the Danish Pelagic Producers Organization are the architects behind the multi-year project. Scientists from the Swedish University of Agriculture, the Technical University of Denmark (DTU Aqua) and the Danish Institute of Technology will carry out the research. The project is funded by Open Philanthropy, an American research and grantmaking organisation.

Eurogroup for Animals' member Animal Protection Denmark has initiated cooperation with the Danish Pelagic Producers Organization (DPPO) to launch the project with the overarching aim of better understanding how pelagic fish die during the journey from the trawl to the cargo.

Fish are sentient animals and deserve to be killed in a decent manner. We suspect this is not the case today, and since pelagic fishery catches such an incredible number of fish every year, the animal welfare potential is enormous

The fishermen in DPPO are also interested to ensure as gentle a killing as possible.

As fishermen we reap from the bounty of nature. With this comes a responsibility to make sure that every aspect of our activities takes place as responsibly and gently as possible. At DPPO we have pioneered work on reducing the climate impact of fishing, on protecting marine mammals and on ensuring long-term sustainable management of the fish resources. In this light, a new focus on animal welfare is a natural continuation of our strategic work towards a better and more sustainable fishing industry

The Director of Animal Protection Denmark, Britta Riis, also sees the cooperation resulting from the increasing focus on fish welfare.

Fish welfare has really appeared on the radar of the Danes, also among the fishermen. That is the starting point for us to be able to launch this joint study with a unique collaboration between the fishermen of the Danish Pelagic Producers Organization and Animal Protection Denmark

The first part of the project will examine the welfare of fish in pelagic fisheries today. Scientists from the Swedish University of Agriculture, DTU Aqua and the Institute of Technology will study herring during expeditions with trawlers in the North Sea where the fish live in large shoals in the middle of the water column in the high seas. They will examine the condition of the fish when they reach the boat, for example as a result of the injuries that have occurred during the catch itself. Subsequently it will be examined how and how quickly the fish die aboard the boat.

The project has received funding from the American research and grantmaking organisation Open Philanthropy, and the first research team is going to sea as early as this summer. The scientists expect to have the results of the studies ready by 2022.

The parties behind the project agree that the results should be able to be used to develop new, gentler methods of killing in the near future.

Danish pelagic fishery is a good place to start. Danish trawlers catch 60 percent of the total number of pelagic fish that end up in European nets. The Danish part consists primarily of herring, mackerel and horse mackerel for the consumer market, as well as sand eels, sprat, blue whiting, sperling and sea galate, which are used for the production of fish meal and fish oil.