Fish sellers who kept carp out of water convicted of mistreatment 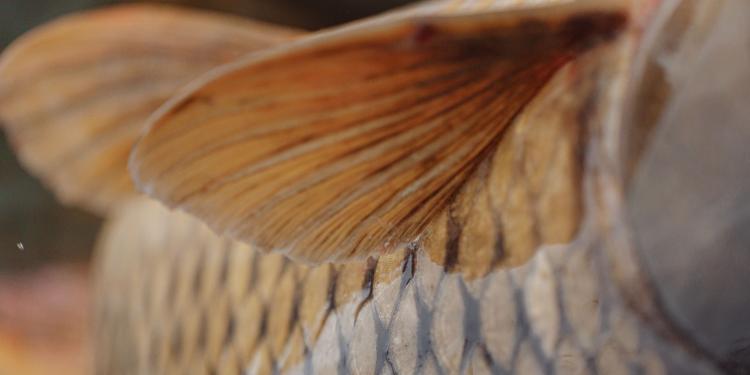 Fish sellers who kept carp out of water convicted of mistreatment

On 29 June, a landmark animal protection case in Poland was settled in court, after criminal proceedings against fish sellers that lasted more than 10 years. The court found the defendants guilty of mistreatment after displaying and selling live carp outside of water.

The case started in December 2010, when a Polish chain store was selling live carp in the run-up to Christmas. Staff at the store displayed fish for sale outside of water in inappropriate conditions, and then packed the live animals into plastic bags without water for customers who purchased them.

A representative of the organisation Noga w Łapę Foundation filed a criminal complaint in this case. However, such behavior was common throughout Poland. The police and prosecutor's office therefore twice discontinued the proceedings, concluding that such conduct towards live fish is not a crime.

In order for this complaint to reach the courts, the organisation needed to exercise its rights as a subsidiary prosecutor. Karolina Kuszlewicz, the lawyer who initiated the lawsuit, drafted the indictment herself and brought it to court where she read it in place of the prosecutor. However, the court denied all motions and the case was denied in two instances. In 2016, a final judgment of acquittal was passed, in which the judiciary gave a clear signal that keeping carp without water is not against the law in Poland.

The only way to move the case forward was to appeal to the Supreme Court, a difficult move considering this was the first case in history involving the humane protection of fish from suffering. However, the court upheld the cassation in its entirety, pointing out that "in recent years there has been a radical reevaluation in the relationship of humans to animals. Any legal measures should therefore have their welfare in mind, including their right to exist." The Supreme Court emphasised that it is grossly incorrect to assume that because carp can survive without water for a period of time, it means they are not suffering. The court overturned both acquittals and ordered a retrial, reaffirming that the general provisions of the Animal Welfare Act also apply to fish.

In 2017, the case was brought back to the court of first instance. In December 2020, after 3 years of legal battles trying to prove that carp suffer, a verdict was finally handed down convicting 3 men (2 salesmen and a store manager) of mistreating the animals. The court pointed out that the verdict, in addition to individual criminal responsibility, also has a general preventive value - it is meant to be a signal to all retail chains that they must not mistreat and mishandle fish.

The defendants' counsel appealed, arguing that the statute of limitations had expired and that the defendants' actions were not illegal. After many months of waiting, the Regional Court in Warsaw heard the appeal on 29 June 2021, finding all defendants guilty of the crime of mistreating carp by causing suffering to them (the sellers) and knowingly allowing them to suffer (the store manager). The court particularly emphasised the responsibility of the manager, who, although she did not physically inflict suffering on the animals, allowed it by arranging for their sale in a certain way.

After 10 years, dozens of hearings, hundreds of hours spent on submitting letters, motions, and attempts to incorporate reliable, up-to-date scientific knowledge into the legal proceedings, Ms. Kuszlewicz finally managed to convince the justice system to take responsibility for the suffering of fish.

This significant case was covered by media in Poland, was cited in scientific articles, and most importantly, gave rise to a landmark Supreme Court ruling in favour of fish protection.

How you can support animal protection organisations in Ukraine
Eurogroup for Animals calls the European Commission to stop the production, import and use of eCG in the EU
Fur Free Europe ECI - a final stop to fur cruelty
Pangolins may have spread coronavirus to humans