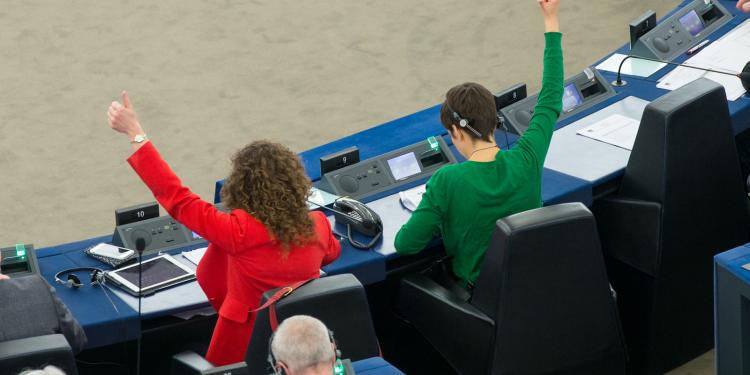 News
On 18th December the new European Parliament’s plenary session had a first debate on this deal that highlighted the position of many of MEPs.

Since the EU and Mercosur countries concluded their agreement on a future trade deal in July, opposition against its ratification has grown, with France, Ireland and the new Austrian government recently announcing that they will reject the deal.

On 11st December, the new President of the European Commission, Ursula von der Leyen, presented the European Green Deal, her ambitious climate and environmental roadmap that will guide her five year mandate. The French MEP Yannick Jadot (Greens/EFA, FR) used it as an opportunity to raise the first plenary debate within the new European Parliament on the Free Trade Agreement (FTA) between the EU and Mercosur countries - Argentina, Brazil, Paraguay and Uruguay.  For more than two hours, the session on 18th December debated the compatibility between the current EU-Mercosur FTA and the Commission’s European Green Deal proposal.

Position of the political groups

While all the text of the FTA is not yet published, the European Parliament will have to approve or reject its ratification, probably in 2021. This first debate highlighted the position of several MEPs, with almost all of them expressing two conflicting positions.

For those opposing ratification, the deal will lead to an increase in deforestation of the Amazon and deteriorate the environment and biodiversity. Those defending the agreement did so because it will give tools to the EU to create an environmental and climate dialogue with Mercosur countries.

The GUE/NGL and Greens/EFA groups were obviously the ones most opposed to this ratification, while the ECR group seemed to be most in favour. The positions of the S&D, Renew and EPP groups were not totally uniform. While Kathleen Van Brempt (S&D, BE) stated on behalf the S&D group: “I don’t think that there is today a majority in the European Parliament to approve this FTA”, her colleagues were quite divided. Several from EU countries that have stronger historical, cultural and economic links with Mercosur countries defended the ratification (Inmaculada Rodríguez-Piñero and Javi López, Spain; Isabel Carvalhais, Portugal; and Nicola Danti, Italy).

Jordi Cañas (ES) said on behalf of the Renew group: “The text of the FTA incorporates our principles on climate change”. Karin Karlsbro (SE) added: “This deal is a unique opportunity that we cannot refuse to put pressure on Mercosur countries for the protection of the environment and climate change”, while Frédérique Ries (BE) was more sceptical: “‘Business as usual’ is not possible anymore. We have to consider more the protection of the environment”.

Sven Simon (DE) was the first speaker of the EPP group, expressing its strong support for the ratification. “We need this agreement to regulate the trade [...] Without this agreement, we can’t discuss and work on deforestation. We need it to protect the environment [...] The campaign against the deal is unacceptable”. His position was echoed by EPP colleagues Henna Virkkunen (FI), Stanislav Polcak (CZ), José Manuel Fernandes (PT) and José Manuel García-Margallo y Marfil (ES).

However, several EPP MEPs criticized the FTA or expressed their opposition in order to defend EU farmers. They argued that farmers would have to compete against Mercosur agricultural products that do not respect EU standards. Obviously, this position was mainly defended by MEPs coming from important agricultural and beef producing countries: Nathalie Colin-Oesterlé and Geoffrey Didier from France, Mairead McGuinness from Ireland, and Poland’s Adam Jarubas.

The majority of MEPs of the ID group that spoke during the debate were also opposed to the ratification.

Deforestation and fires in the Amazon

In the debate, the main topic raised by MEPs was the current deforestation and fires in the Amazon under the mandate of the Brazilian President Jair Bolsonaro. Eight MEPs from almost all the main political groups explicitly raised the direct link between the production of beef meat and deforestation: Emmanuel Maurel (GUE/NGL, FR); Sira Rego (GUE/NGL, ES); Yannick Jadot (Greens/EFA, FR); Anna Cavazzini on behalf of the Greens/ALE group (DE); Anna Deparnay-Grunenberg (Greens/ALE,DE); Grace O’Sullivan (Greens/ALE, IE); Frédérique Ries (Renew, BE) and Daniel Buda (EPP, RO and  vice-chair of the committee on Agriculture).

After Yannick Jadot (Greens/EFA, FR), first speaker at the debate, stated that “this deal contributes to a type of globalization that leads to junk food, climate change and animal suffering”, a few MEPs also expressed their concerns about animal welfare. The honorary president of the Intergroup on the Welfare and Conservation of Animals, Sirpa Pietikäinen (EP, FI), said: “We need to change our old-fashioned trade approach to better protect the environment and improve animal welfare”, while Adam Jarubas (EPP, PO) asked: “Can we really use this agreement to force Mercosur countries to respect our standards in terms of pesticides, animal welfare and food safety? If not, our farmers will be under pressure”.

Also concerning farm animals, Geoffroy Didier (EPP, FR), Mick Wallace (GUE/NGL, IE) and Daniel Buda (EPP, RO) expressed their concerns on the use of hormones, antibiotics and growth promoters in Mercosur countries. Moreover, Anna Deparnay-Grunenberg (Greens/ALE, DE) argued that the FTA will lead to more deforestation and consequently to a loss of biodiversity and animals in the Amazon.

Only one MEP supporting the ratification evoked animal welfare: Isabel Carvalhais (S&D, PT) said “This deal has a space of dialogue on sustainable development, animal well-being and food safety. We can defend these objectives. Besides, thanks to this deal, we will better protect the endangered fauna and flora.”