The Farm to Fork Strategy was designed to make our food system more resilient, now it’s time to make it work 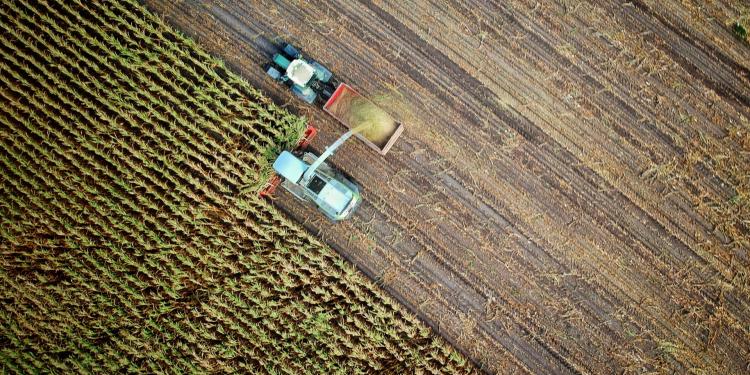 The Farm to Fork Strategy was designed to make our food system more resilient, now it’s time to make it work

News
The impetus for the EU to develop and adopt the Farm to Fork strategy was the necessity of making the food system resilient, by adopting healthier and more environmentally sustainable practices, including improved animal welfare and a shift to healthy, sustainable diets.

The crisis in Ukraine has made large agri-businesses cry foul, claiming that without access to Ukrainian and Russian fertilisers, cereals, gas and oil, it is necessary to u-turn on the EU’s objectives and roll back policies that will make its food system more resilient.

The Farm to Fork strategy shows, on the contrary, foresight. Its roll-out will streamline and ensure food security by making the EU less permeable to volatility and constraints in international markets. By moving away from the most industrial and intensive forms of animal agriculture and promoting a shift to more plant-based diets, more people can be fed using less land and resources.

The outcry is about feed, not food

Agri-businesses cynically claim that the war in Ukraine will cause a food crisis, whereas the stress is on feed. The EU wastes 20% of its food, and exports more agri-food than it imports, with a positive trade balance worth €4bn to €6bn each month.

Access to cheap feed for animals and chemicals for intensive feed-crops is under stress because of the war. The Farm to Fork strategy aims at avoiding that intensive animal farming and its supply chains come into competition with food for people.

The EU produces over 290 million tonnes of cereals, 32 million more tonnes than are used domestically. Yet only 20% goes directly to feed people. The lion’s share is for feed (56%) and almost as much cereal is exported (45 million tonnes) than is destined as food for Europeans.

A resilient food system to weather this and future crises

A resilient food system will ensure that domestically produced food-crop is primarily used as food for people, while farm animals feeding themselves primarily by grazing. Agricultural production is, currently, mostly diverted to intensive animal farming. Apart from its detrimental impact on billions of animals it sustains an - economically and medically - unhealthy overconsumption of animal products and reliance on imported feed.

The Farm to Fork strategy will contribute towards cutting the EU’s reliance on the production and import of industrial feeds and allowing the EU’s agricultural sector to increase its production of food for people. The  strategy’s objectives of moving towards a greater plant-based diet, reducing the consumption of red meat and improving the well-being of farmed animals will help the EU weather international crises like the deplorable war unfolding at its borders. Overall, the consumption of animal products would need to be reduced by around 70% in the EU in order to stay within the planetary boundaries.

With the war in Ukraine bringing the limits of the EU’s food system, heavy in animal protein, to light, the Commission should accelerate the roll-out of the Farm to Fork strategy: reduce the EU’s reliance on meat production that diverts home-grown food crops for people to feed for animals and requires significant imports of both feed-crop and fertilisers.

As Commission Vice-President Frans Timmermans said on 8 march 2022, “Farm to Fork is part of the answer, not part of the problem”.