Exotic animals should not be kept as pets, agree 87% of Europeans asked 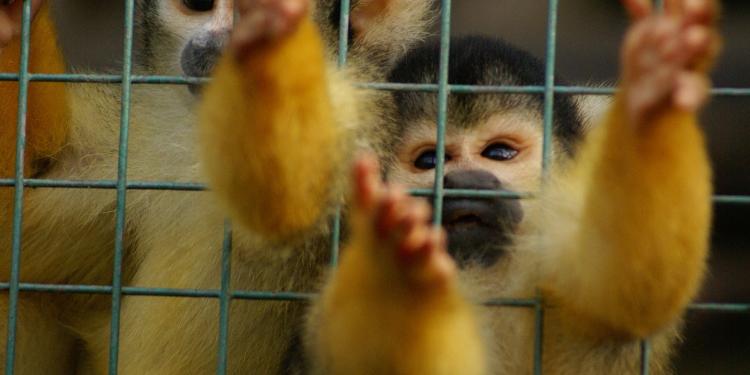 Exotic animals should not be kept as pets, agree 87% of Europeans asked

EU citizens from six countries overwhelmingly support better regulation of the exotic pet trade within the EU, according to an opinion poll by Savanta ComRes for Eurogroup for Animals and AAP Animal Advocacy and Protection.

However, the new EU Biodiversity Strategy to 2030, published last week, fails to include any clear actions to respond to these concerns and tackle the booming trade in exotic species.

An overwhelming majority of respondents (87%) across all surveyed countries agree that exotic animals should not be kept as pets, that the trade in exotic animals should be better regulated (92%), and that the EU should play a greater role in addressing those issues (88%). This poll, the first of its kind, was conducted in Italy, France, Germany, Finland, Spain and Poland, but the outcome shows little variation in attitudes per country.

According to the European Pet Food Industry, millions of exotic animals are currently being kept as pets in European homes, a growing trend with far-reaching consequences for animal welfare and EU citizens. Not only do most exotic animal species have extremely complex needs which make them unsuitable as pets, they can also be vectors for dangerous diseases and threaten local biodiversity if they escape or are released into the wild.

“A clear majority of Europeans in the investigated countries understand that exotic animals should not be kept as pets; it is not in the interests of the animals, humans, nor biodiversity,” states David van Gennep, CEO of AAP. “For years, we have been knocking on governments’ doors all over Europe, as well as in Brussels, to alert authorities to the severe risks of this trade and show how the vested interests of a very small number of people, the exotic pet hobby-lobby, were getting in the way of what the majority of Europeans likely wanted. Now we know for sure. The European Commission’s passive attitude towards this matter is extremely concerning.”

The risks associated with the global wildlife trade, including animals destined for the booming European exotic pet market, have now become painfully clear with the worldwide outbreak of the COVID-19. The current pandemic is believed to have originated in wildlife. Yet within the European Union it is still perfectly legal to keep, trade, and transport thousands of exotic animal species, including bats, with little to no sanitary controls. In 2015 three breeders of exotic squirrels died in Germany after contracting a new strain of borna virus linked to the animals. This virus strain was later discovered in squirrels being kept in the Netherlands.

The opinion poll also reflects broad consensus (92%) that it is wrong to capture animals from the wild to be kept as pets. For Reineke Hameleers, CEO of Eurogroup for Animals, this should also be a wake-up call for EU decision-makers: “Europeans want strong leadership from the EU to help protect global biodiversity. The European Commission should show that it is listening to EU citizens by clamping down on the exotic pet trade as part of the implementation of the new EU Biodiversity Strategy.”

AAP and Eurogroup for Animals are also calling for an EU-wide ‘Positive List’ stating which animal species are safe to be kept as pets - an instrument that is preventative in nature - instead of the current reactive approaches used in the majority of EU Member States. Such a list has already been successfully introduced in Belgium and Luxembourg and is being developed in the Netherlands.