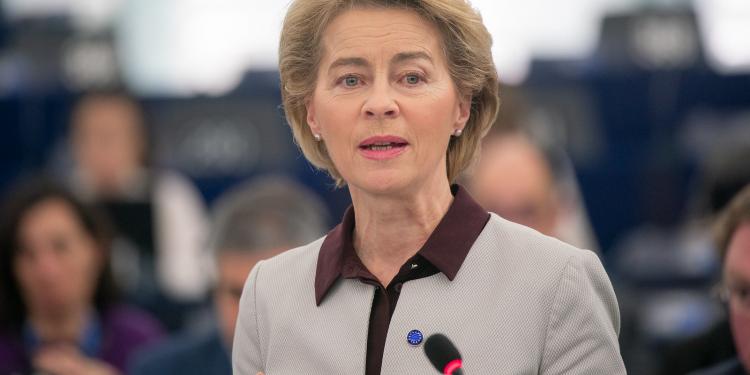 News
On 30 September President Ursula von der Leyen represents the EU at the UN Biodiversity Summit in New York which brings together world leaders to step up global actions for nature and confirm their determination in agreeing a new ambitious global biodiversity framework at the 15th Conference of the Parties (COP 15) to the Convention on Biological Diversity, planned for 2021.
Prior to the Summit, President von der Leyen, together with more than 70 Heads of State or Government endorsed the Leaders' Pledge for Nature, committing to ten decisive actions to address the nature emergency.

The President pledged to put nature and the climate at the heart of the EU's recovery plan, committing to tackle the interdependent climate and biodiversity crisis, deforestation, ecosystem degradation and pollution, and move to sustainable production and consumption. President von der Leyen said: “Nature helps us in the fight against climate change. But it is also our ally in securing prosperity, combating poverty, hunger and inequalities, and is essential to prevent future zoonotic pandemics. We call on all to join this collective effort to create a common movement of change, to make the recovery green and to protect and restore our planet - the only home we have.”

We need to act now and bring nature back into our lives. This is the moment for world leaders to join hands and the EU is ready to lead the way. The European Green Deal is our vision and roadmap.

The EU Biodiversity Strategy adopted by the European Commission in May 2020 outlines an ambitious agenda for the EU internally, but also globally. It reaffirms the EU's determination to lead by example in tackling the global biodiversity crisis and in developing an ambitious new UN Global Biodiversity Framework at the 2021 UN Biodiversity Conference. This includes overarching long-term goals for biodiversity so that by 2050 the world's ecosystems are restored, resilient, and adequately protected; ambitious global 2030 targets in line with the EU's proposed commitments; and improved means of implementation in areas such as finance, capacity, research, know-how and technology.