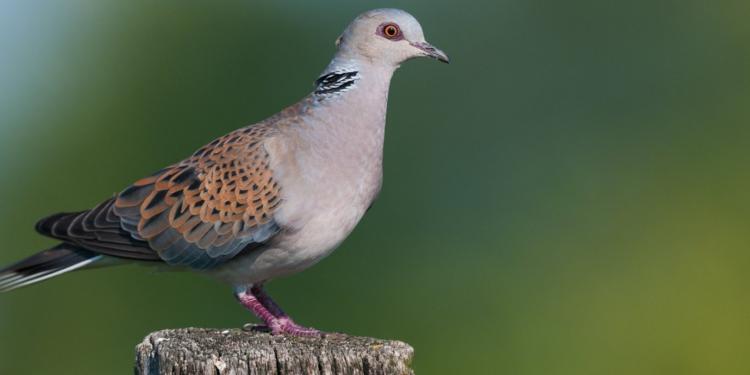 News
The European Turle-dove is one of seven flagship birds in our Flight for Survival campaign to raise awareness of the scope and scale of the illegal killing of migratory birds.

For thousands of years, European Turtle-doves have inspired humanity, serving as symbols of love, fidelity and new life. In Roman mythology, the bird was sacred to Demeter, Goddess of the harvest and fertility; in modern days, in Cockney rhyming slang, the words ‘turtle dove’ are used to mean ‘love’.

One of the main reasons the European Turtle-dove Streptopelia turtur is so well known may be because it is so widespread. The dove’s breeding grounds stretch across much of Europe, from Portugal, to Moscow, and even into Northern China. In the winter though, it heads down to warmer climes along the Sahel belt, in Africa. This journey is an arduous one, but despite its diminutive size, the dove is an excellent flyer. Travelling mostly at night, the bird can reach speeds of 60 km/h and fly distances of up to 700 km without stopping.

Unfortunately, humanity has not been treating the European Turtle-dove with love or fidelity over the past few decades. Once abundant throughout Europe and the Middle East, numbers have plummeted recently. In Europe alone, the dove’s population has fallen by 62% since 1980. In European Russia, the species has decreased by more than 90% since 1980. These decreases have led to the dove being classified as Vulnerable to extinction.