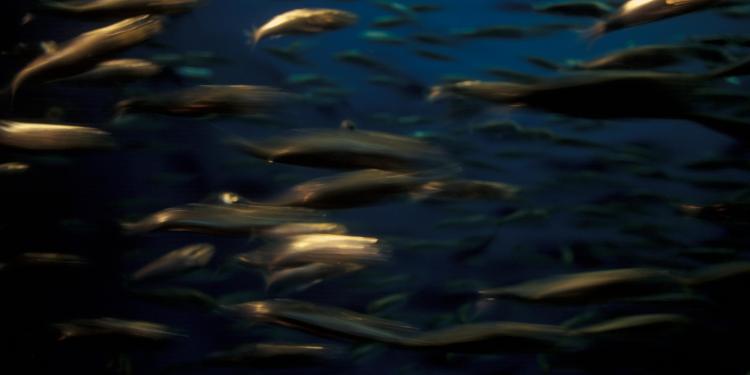 Every year, over one trillion wild fish are captured, with a significant majority being killed for food. This far outnumbers any animal farmed for food. Despite scientific evidence that fish are sentient (= having the capacity to suffer fear, pain or distress as well as a sense of well-being), public concern and consumer awareness about fish and their welfare is far behind that of other animals.

Eurogroup for Animals, therefore, welcomes that the European Parliament has highlighted the need to protect the welfare of fish and marine biodiversity by adopting the report by MEP Roose. The report focuses attention on the urgency of setting fishing quotas at sustainable levels, expanding and improving Marine Protected Areas (MPAs), and restricting bottom trawling, together with fishers.

The report further emphasises that fish and other living organisms have intrinsic value themselves. It also makes recommendations to restrict the harmful fishing technique of bottom trawling, which often causes exhaustion, injury and asphyxiation to fish and can have a significant impact on seabed fauna.

Moreover, the report by MEP Roose acknowledges and calls for the reduction of injuries and stress during capture: For wild-caught fish, the end of each life is commonly exceptionally stressful due to practices that would not be allowed in any kind of terrestrial animal production. During the capture process, fish face various hazards and are often chased to exhaustion, crushed, asphyxiated, injured due to interaction with fishing gear, eaten by predators while trapped, or subject to decompression injuries as they are brought to the surface.

MEP Roose states: "I very much welcome the adoption of this report and the fact that the text adopted by the Fisheries Committee has been improved in plenary. This is true in particular concerning the establishment of truly protected marine protected areas and concerning the most harmful fishing techniques for marine ecosystems and animals."

With this report, the European Parliament calls on the European Commission to consider these requests and to respond to them in a new action plan to preserve fisheries resources and protect marine ecosystems. It is now up to the Commission to show how seriously they take their promise to follow-up on this report to tackle the damaging standard practices in wild fisheries.

Earlier this month, Eurogroup for Animals also published a groundbreaking report which sheds light on the various hazards faced by wild fish throughout the process of capture, through to handling and death, and proposes measures and strategies to reduce unnecessary suffering.

How you can support animal protection organisations in Ukraine
Beef production drives deforestation five times more than any other sector
Fur Free Europe ECI - a final stop to fur cruelty
Eurogroup for Animals calls the European Commission to stop the production, import and use of eCG in the EU