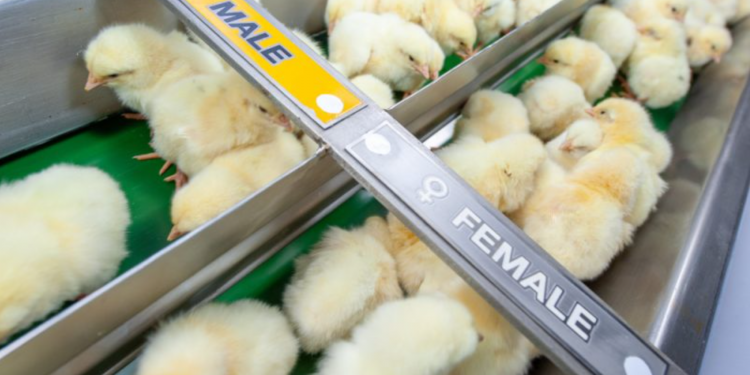 News
Technology to prevent the necessity of killing surplus or unproductive animals should be encouraged to prevent unnecessary suffering, a new report from the EU food safety agency (EFSA) has found.

The report, published on Wednesday (13 November), comes amongst mounting controversy surrounding the mass killing of billions of newborn male chickens, still common practice in industrialised farming around the world.

The findings will be used by the European Commission in discussions with the intergovernmental forum, the World Organisation for Animal Health (OIE), aimed at aligning approaches to animal welfare at slaughter.

Male chicks, who grow more slowly than hens, are considered as commercially useless in the industry as they are deemed unsuitable for meat production. Billions of male baby birds are therefore killed shortly after birth, most commonly by grinding or gassing.

The mass culling of male chicks has long been a focus of animal rights activists, who say the practice is unethical.

The issue has been gaining traction in policy circles after a top German court ruled that it is still lawful for poultry and egg producers to kill unwanted male chicks.