A European Commissioner for Animal Welfare? 70% of Europeans want it 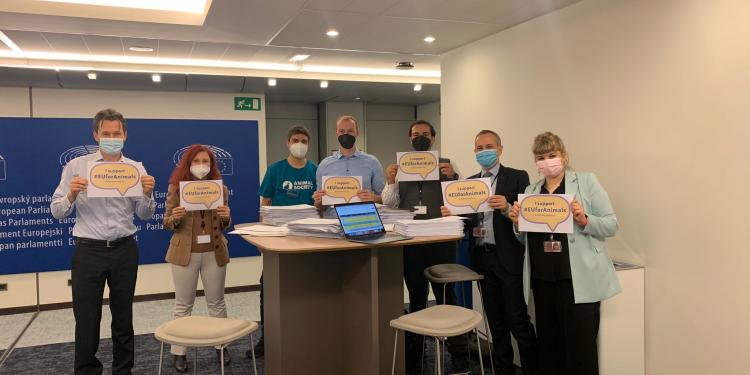 A European Commissioner for Animal Welfare? 70% of Europeans want it

The numbers are clear: 70% of EU Citizens want to appoint a European Commissioner for animal welfare, as shown in an international survey conducted in June 2021. Now, Members of the European Parliament have started the process to support the proposal with the signatures collection for an oral question.

Currently there is no European Commissioner for Animal Welfare and the responsibility is attributed to the Commissioner for Health and Food Safety. However, some countries, like Belgium, appointed a minister explicitly in charge of this domain.

This decision triggered important effects: a clear responsibility in the government for all legislation related to animal welfare, more transparency, and the allocation of adequate human and financial resources to provide concrete responses on this important topic.

In March 2021, Eurogroup for Animals member GAIA, based in Belgium, launched the campaign #EUforAnimals with the support of over forty other animal rights and welfare organisations across Europe, asking the European institutions to finally give animal welfare the attention it deserves, by integrating it explicitly in the job title of the relevant EU Commissioner.

The #EUforAnimals campaign has already received the support of over 130,000 citizens and 133 Members of the European Parliament (MEPs).

Members of the European Parliament have often well represented the EU citizens’ will to improve the way animals are treated in Europe. It is my hope and the hope of the other MEPs who are co-promoting this oral question, that many colleagues will join us and that the European Commission will respond positively to our proposal, to see as soon as possible Ms Kyriakides’ title changed into EU Commissioner for “Health, Food Safety and Animal Welfare”
Niels Fuglsang MEP

The survey clearly shows that the campaign’s demand is supported by a great majority of EU citizens. The EU Commission should not delay giving a positive answer to a proposal that can bring great and lasting benefits to animal welfare both at the continental level and beyond. We hope that Commissioner Kyriakides will decide to support #EUforAnimals and become the first EU Commissioner for Animal Welfare.
Ann De Greef, Director, GAIA

The full survey results can be found here