European Commission shares best practices for the production, processing and marketing of meat from pigs that are not surgically castrated 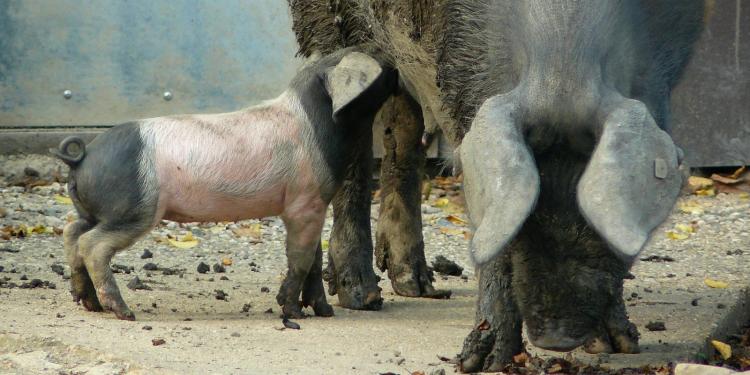 European Commission shares best practices for the production, processing and marketing of meat from pigs that are not surgically castrated

News
The castration of male piglets is a routine and long-standing practice in pig husbandry, common across most countries in the European Union (EU).

It is, however, considered to be poor practice from an animal welfare perspective.

Piglet castration is largely used as a method to avoid boar taint. Boar taint is an unpleasant odour or taste caused by the accumulation of two naturally occurring chemical compounds (skatole and androstenone) in the tissues of uncastrated males. These compounds contribute both individually and in combination to the perception of boar taint, which is observed during the cooking and consumption of pork. The challenge posed by boar taint to the pig meat sector complicates any move away from surgical castration, despite welfare concerns.

There are two main options available for transitioning away from surgical castration. One is to raise entire male pigs, or boars. The other is the use of a vaccine that blocks the hormone responsible for the release of gonadotropins (GnRH) and suppresses testicular function. Vaccination against boar taint requires that farmers are appropriately trained in using the vaccine and its use comes with its own costs and challenges. Supply chains in some countries have begun the transition, by raising entire males or vaccinating pigs, or both, but surgical castration is still the norm for pig farming in the majority of Member States.

This study identifies best practices used in production and across the supply chain in relation to the raising and slaughter of entire males or pigs vaccinated against boar taint, and the processing and marketing of meat from such animals. It focuses solely on practices that have been trialled and successfully used in commercial conditions rather than looking at presumed best practices, trials or future initiatives. The study builds on work previously undertaken by the European Commission looking at the economic feasibility of a transition, the challenge of detection and consumer acceptance of alternatives to surgical castration.