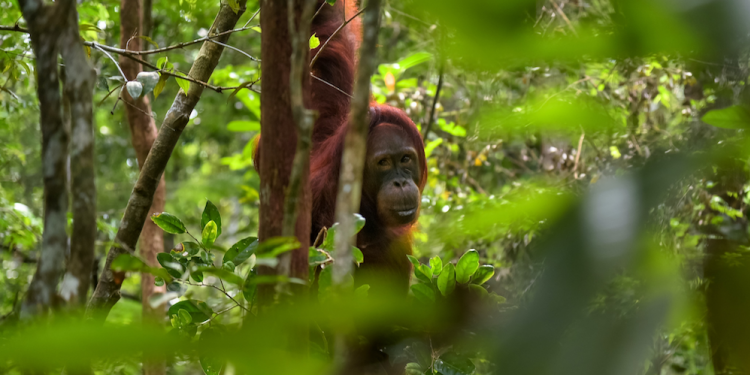 News
The European Commission will propose in the next months a piece of legislation aiming at banning imports of certain products linked to deforestation. Eurogroup for Animals welcomes the initiative, but calls on the Commission to avoid any loopholes that would defeat the purpose of the legislation.

In a bid to minimise the risk of deforestation and forest degradation associated with products placed on the EU market, the European Commission will propose by December 2021 a piece of legislation that would encompass product-specific due diligence requirements, and a prohibition of placing deforestation-related commodities on the EU market. This legislation should complement other EU initiatives aiming at further embedding sustainability into corporate governance, such as the upcoming proposals on Due Diligence and non-financial reporting.

The scope will be limited to products with “the highest global contribution to deforestation” such as palm oil, wood, cocoa, coffee, beef and soy. The legislation would apply to all origins, “without geographical indication”, but it would create a system categorising countries into “low, standard and high risks of deforestation”, with simplified due diligence duties for low risk countries, and enhanced scrutiny for high risk ones.

The proposal is interesting for animals in regions of the world where intensive animal agriculture or economic activities fuels deforestation. For instance, by banning imports of palm oil linked to deforestation, the habitats of wild animals such as orangutans and gibbons could be better preserved. Also, the welfare of farmed animals used in intensive productions could be improved, as intensive animal agriculture - which fuels deforestation as requiring crop feed - would be dissuaded. If Mercosur countries are categorised as “high risk countries” - two of the main products responsible for deforestation in Mercosur are beef and soy for animal feed - the legislation could possibly ban or restrict the imports of these products into the EU.

Eurogroup for Animals welcomes this initiative as producers intending to export to the EU would be incentivised to switch to more sustainable food production systems. However, the upcoming legislation must avoid loopholes that would defeat its purpose. For instance, the scope of the legislation needs to be improved as some products that are currently left out contribute to deforestation. Pig and poultry meat are for now excluded, but these animals are most often fed with soy, which largely contributes to deforestation. Avoiding this “distortion” is all the more important as some trade partners of the EU, such as Ukraine, exports significant quantities of poultry meat to the EU under the EU-Ukraine FTA. This means that Ukraine - biggest supplier of poultry meat of the EU - could feed the chicken from which the meat it exports derive with soy linked to deforestation that would be banned in the EU.

The geographical scope of the legislation must include other ecosystems in addition to forests, as the EU’s consumption of beef, soy and palm oil is linked to the destruction of other ecosystems such as grasslands, wetlands, and savannahs. The categorisation system of “low, standard and high risks of deforestation” could open the way for goods which have been produced on illegally deforested land, to be ‘green washed' through a “low standard” country.

Considering that agriculture-driven deforestation is permanent (whereas lands that suffer from deforestation caused by fires may regenerate), there is urgency for the EU to uphold its sustainable agenda. The EU must adopt this legislation before the ratification of any FTA with Mercosur. Mercosur is already the largest supplier of beef to the EU,  accounting for 73% of total EU beef imports. If the EU-Mercosur trade deal was implemented as it stands, imports of beef would increase between 30% and 64%. The Ambec report - the impact study commissioned by the French government - concluded that, as it stands, the EU-Mercosur agreement would generate an extra 25% of deforestation in the Amazon in the six years following its entry into force.