EU to step up rules on factory farming, wildlife trading amid pandemic 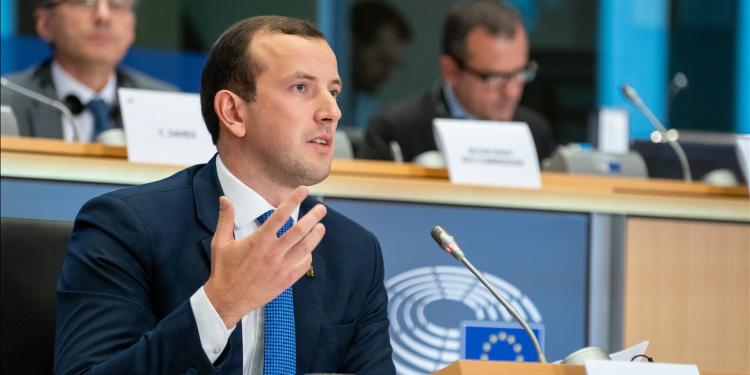 EU to step up rules on factory farming, wildlife trading amid pandemic

News
The European Union will step up efforts to control wildlife trading and make factory farming more sustainable, given that both issues have played a role in the coronavirus pandemic, the bloc’s environment chief said on Thursday.

“Healthy ecosystems lead to a healthy society and therefore it is not too high a price to pay to fix them,” Environment Commissioner Virginijus Sinkevicius told Reuters in a telephone interview.

While the source of the COVID-19 disease caused by the coronavirus is unknown, the World Health Organization has said the virus most probably has its “ecological reservoir” in bats.

China, where the virus was first identified in the central city of Wuhan, recently banned the trade of wild animals in response to the crisis, but the question of the origin of the virus has become a highly charged one in Western capitals.

Sinkevicius said that, according to scientists, 60% of the 335 infectious diseases that emerged between 1940 and 2004 were of animal origin and almost 72% originated in wildlife, with the share increasing over time.

Legal wildlife trade in the EU is estimated to be worth 100 billion euros ($108 billion), according to Traffic, the EU’s wildlife trade monitoring network.

Monkeys and bats, which may carry pathogens, can be legally bought in the 27-country bloc. Commonly traded products in Europe’s black market for wildlife include medicinal plants, seahorses, live reptiles and birds, according to Traffic

“The most-traded species in the EU haven’t changed in the last 10 years, the demand remains the same despite the EU Action Plan against Wildlife Trafficking,” Eva Izquierdo of the European Environmental Bureau said.

Sinkevicius said factory farming played a role in the latest pandemic, with “strong evidence that the way meat is produced, not only in China, contributed to COVID-19”.

The European Commission, the EU’s executive, will seek to address this issue in upcoming proposals to safeguard biodiversity and make the farming sector more sustainable.

The pandemic has also highlighted vulnerabilities in EU supply chains, Sinkevicius said, as disruptions to global trade of food and goods, including medical equipment, have exposed the extent of Europe’s reliance on provisions from abroad.