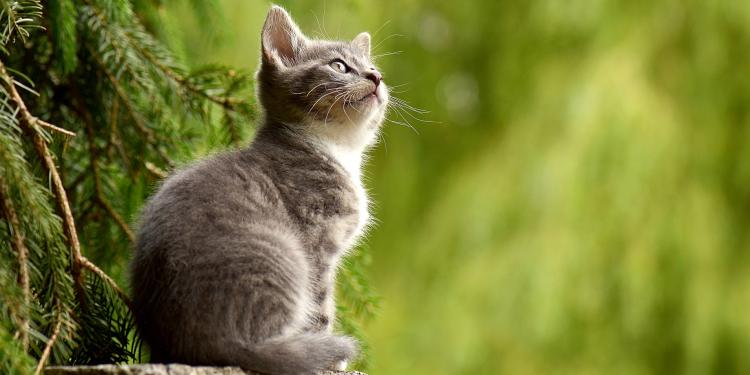 On November 3, we joined, along with some of our members, the 8th EU Platform on Animal welfare meeting.

Stella Kyriakides, European Commissioner for Health and Food Safety, gave a presentation on the current state of play on animal welfare from the Commission's point of view.

However, we also congratulated the German Presidency on the Farm to Fork Conclusions, which stress the need to press on with bringing forward the new legislative proposals as soon as possible. This is such a strong signal, as we cannot afford any slippage in terms of the timetable for these proposals, as we can’t risk them falling into 2024 and thus falling off the agenda as the elections approach.

The news from the German Presidency on future Council Conclusions was a little more ambiguous. Whilst we commend the Presidency of the Council for tackling this issue, which — if done correctly could drive systemic change for animal welfare — Eurogroup for Animals is clear, any labelling must be multi-tiered and should be based on an enhanced form of method of production labelling.

Let's hear the highlights directly from our members who attended the meeting:

Pig welfare is an important part of the EU’s legislation and it was heartening to hear the EU Commissioner reinforcing her commitment to enforcement of the laws on tail-docking. In May, the European Commission wrote to 21 EU countries to tell them they were in violation of the ban on routine tail-docking. It appears that the Commission is planning a more systematic enforcement system. We welcome this new approach, as currently over 90% of piglets have their tails docked, often unnecessarily and without pain relief. We were however disappointed that the Commission has banned the use of immunocastration as an animal welfare friendly alternative to surgical castration. We hope that this decision could be revisited in the future as many Member States and the Federation of Veterinarians in Europe agree that this treatment has great animal welfare benefits.

One of the key topics during the meeting was the ‘End the Cage Age’ European Citizens’ Initiative, which was signed by 1.4 million Europeans. In her opening statement, European Commissioner Stella Kyriakides, acknowledged the result of the Initiative and commented on how important animal welfare is for EU citizens, noting that the coming years will be decisive for animal welfare in the EU. Andrea Gavinelli, Head of the Commission’s Animal Welfare and Microbials Unit, stressed that the Initiative is truly a historical moment.

We presented the initiative pointing out how confinement in cages leads to pain, frustration, stress and depression and called for an end to the use of cages as part of a revised Directive 98/58, a ban of imports produced to lower animal welfare standards and financial support for farmers during the transition period. We also highlighted that a working group of committed MEPs within the Animal Welfare Intergroup have taken many actions in support of an end to the use of cages in farming. As this work ties in well with the EU’s ambitions to reform food and farming policies, as outlined in the Farm to Fork strategy, ending the use of cages in farming is the most reasonable first step that the EU must take if they are to put their heart where their mouth is. As expected, the industry opposes any change in the status quo.

Live transport continues to be on the agenda of the Commission in various ways and it was repeated that it is part of the planned fitness check, as we knew. Nevertheless, during her presentation Katharina Kluge, said that there would not be Council conclusions on transport during the German Presidency. We suggested that at least they could ask Member States to identify stumbling blocks that are in the way of an improved legislation. She replied that transport is important but they must prioritise, therefore their focus will be on Farm to Fork and ‘Animal Welfare’.

The same question was asked to the Commissioner, who mentioned transport in her introduction but in relation to enforcement only. It was suggested again that concrete action was needed to change the Transport Regulation, as it is now clear that enforcement is not enough.

In the EFSA presentations the speakers listed the opinions they are working on, including on transport. Two working groups have been established to produce scientific opinions on free moving animals, chaired by Mette Herskin, and on animals in containers, chaired by Antonio Velarde.

The acknowledgement of the Horse Factsheets is the culmination of years of work performed by Member States and other stakeholders within the voluntary initiative on responsible ownership and care of Equidae. With now all three developed documents acknowledged (namely Horse Guide, Donkey Guide and Horse Factsheets), we need to think on the steps forward to improve equine welfare in the EU. Expressing our gratitude to all stakeholders involved in the initiative, we would like to see equine-related matters to still be on the discussion agenda within the Platform. There are still many equine welfare concerns among the EU Member States such as equines in tourism, which haven’t legislative protection that ensures their welfare.

We would like to support the request made by the Chair of the voluntary initiative on responsible ownership and care of Equidae, Birte Broberg, also supported by the Federation of Veterinarians of Europe, on the need for the EC to help enhance the huge work being performed by many members of the organisation by uploading the conclusions translated to different EU languages to the EC´s website for wider promotion and dissemination.

We are delighted that the guidelines have been completed and that the European Commission is ready to endorse them. We hope the EC will offer assistance in disseminating these useful resources to Member States and that they consider supporting the official translation into the EU languages to further support the dissemination.