EU Organic Day: what it could mean for animal welfare 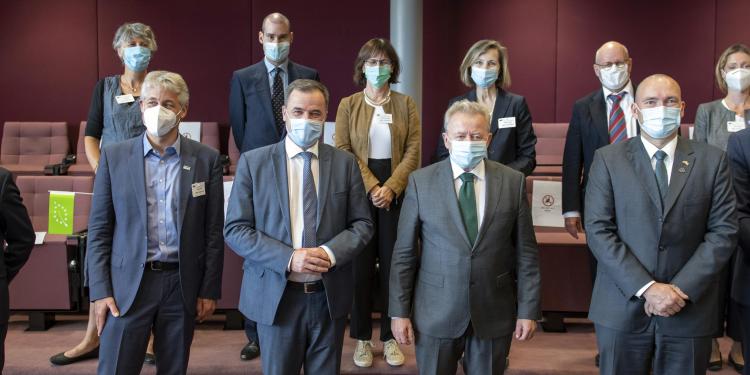 EU Organic Day: what it could mean for animal welfare

News
Today, Eurogroup for Animals joined the European Commission, the Council and the Parliament at the launch of the first EU Organic Day

This launch is part of the European Organic Action Plan 2021-2027, released last March, which follows the objectives set out in the Farm to Fork and Biodiversity Strategies of “at least 25% of the EU’s agricultural land under organic farming and a significant increase in organic aquaculture by 2030.”

Today at the launch of EU Organic Day, we used the opportunity to alert the institutions to the need for a comprehensive animal welfare labelling system as well as a need for animal welfare standards to aim higher: the need for stricter criteria to define adapted breeds, a truly compulsory access to pasture for livestock, a ban on mutilations, availability of immunocastration, transport time limitations, and proper enforcement for the existing organic rules for animal welfare.

Eurogroup for Animals recommends the European Commission to:

Eurogroup for Animals welcomes the new Organic Action plan and sees the potential of organic production to be classified as the top tier method of production as well as an EU-wide labelling system for animal welfare. However, organic farming should lead the way towards the EU’s sustainable and humane food production model, reflecting the ambitions of the Farm to Fork strategy. While the language in the Organic Action Plan is still vague, we welcome the commitment to improving animal welfare, including farmed fish. We are looking forward to working with the Commission and other stakeholders to ensure organic farming will embrace the highest possible animal welfare standards.
Reineke Hameleers, CEO, Eurogroup for Animals