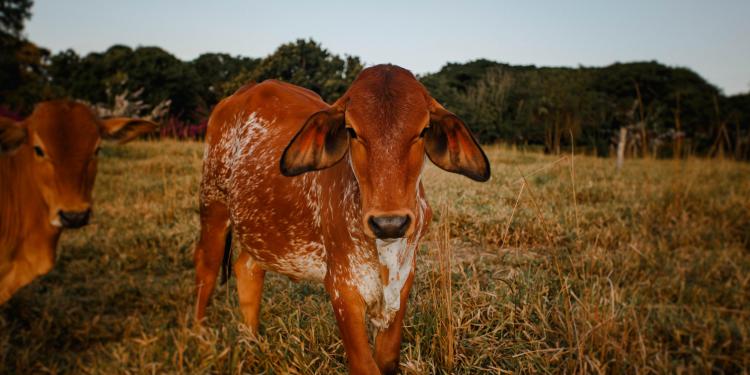 News
Nearly two years after the end of the EU-Mercosur trade negotiations, the European Commission finally published the related final Sustainability Impact Assessment (SIA), which confirms the findings of the draft SIA published in July 2020: if ratified as it stands, the agreement will fuel intensive farming, which is detrimental to animals, people, and the environment.

This SIA was released as the ratification of the EU-Mercosur agreement is for now uncertain due to the various concerns raised by civil society organisations. The European Parliament and several Member States, including Austria and France, have pledged not to ratify the deal “as it stands”, mainly because of the significant negative impact the deal will have on deforestation.

In this context, the SIA tries to defuse some of these concerns by downplaying the impact the deal will have on the expansion of agriculture, and therefore on deforestation. Indeed, the SIA recognises that, in the beef sector, “EU  imports  from  Mercosur  will  increase  in  both  scenarios  (...) but that most of  the deforested  area  is  used  for  low-efficiency  cattle ranching”. Hence,  the SIA suggests that “there  is  great scope  for  expanding  production  by  intensifying  beef  production  in  these  areas  without  inducing deforestation”. However, fueling the intensification of animal farming is extremely detrimental to animal welfare, but also to people and to the environment as intensive farms often not only rely on crop-based feed, whose production fuels deforestation, but also generates high levels of air, ground and water pollution.  Furthermore, the SIA seems to ignore that, according to a research by Global Forest Watch, the impact of the beef sector on deforestation is five times higher than any other industry, and deforestation rates are increasing worldwide. For instance, in Brazil alone, over half of the country’s deforestation over the last twenty years came from the beef sector, mainly due to the conversion of forests into cattle pasture. As a reminder, the Ambec report - the impact study commissioned by the French government - concluded that, as it stands, the EU-Mercosur agreement would generate an extra 25% of deforestation in the six years following its entry into force.

The SIA also draws worrying conclusions concerning the Trade and Sustainable Development (TSD) chapter. It recognises that the potential  impact of  TSD provisions are uncertain,  “insofar  as  they  remain  contingent upon  implementation  in  good  faith  of  all  parties”. The decentralisation  of  environmental  regulation in  key countries like Brazil  can  increase this uncertainty. Hence, the environmental concerns are not likely to be addressed unless there is unilateral EU legislation guaranteeing imported products are deforestation-free, or that EU standards, including  animal welfare standards, apply to imported products.

We regret the late publication of this SIA, which according to the Commission's own policy, should have contributed to discussions during the negotiations of the agreement. It is worth noting that the European Ombudsman found that:

The European Commission also published a Position Paper commenting on the main findings of the SIA report, but it does not not mention any strategy to address the underlined shortcomings or any next step to be taken. For instance, on the beef sector, it supports intensification of the production, regardless of the very negative impact it would have on animal welfare, public health and the environment. Instead of endorsing intensive farming, which is the main driver of deforestation in the Amazon forest, the European Commission should acknowledge that addressing deforestation cannot depend solely on the political will of EU and Mercosur countries, given the economic weight of the beef sector in Mercosur, and the constant imports of beef and soy from the EU.

We  thus call on the EU to uphold the objectives of the Farm to Fork Strategy, which are to use trade policy “to obtain ambitious commitments” from partners in key areas such as animal welfare, and to take this opportunity to negotiate the adoption by Mercosur countries of EU-equivalent legal standards in key sectors (cattle, broiler chicken, laying hens), as well as in terms of transport, or to agree on conditions on animal welfare and sustainability to access tariff-rate quotas or liberalisation in animal products, including the respect of EU-equivalent animal welfare standards.