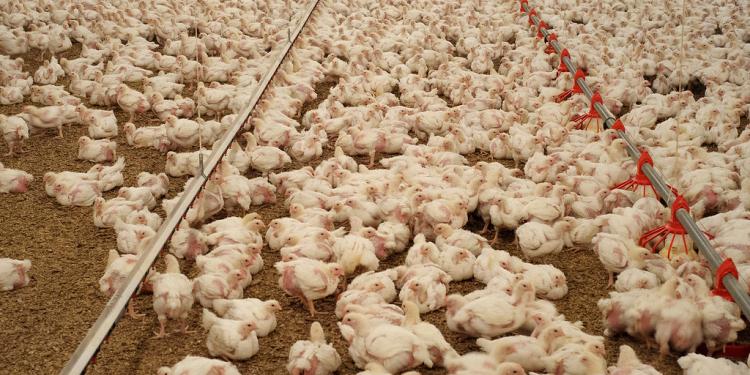 News
More than a year after the end of the EU-Mercosur negotiations, the EU finally published the related Sustainability Impact Assessment (SIA). The document, which was supposed to provide guidance to EU negotiators, confirms the agreement will lead to further intensification of animal agriculture in the region.

Even if animal welfare is only envisaged in the case study devoted to the beef sector, the final version of the SIA takes the topic more seriously than usual. The text recognizes that “the intensification of meat production and the dramatic rise of beef exports from Mercosur (notably Brazil) have renewed concerns over animal welfare”, and concludes that, as the agreement will stimulate exports of beef, it will only “favour the development of factory farms“. This is a confirmation of the conclusions already drawn by Eurogroup for Animals, and the main reason our movement will oppose the coming ratification of this agreement.

Provisions on animal welfare cooperation included in the text, while they offer opportunities for progress, are too weak to mitigate this negative impact. As confirmed by the SIA, “the efficacy of this chapter will depend primarily on trading partners’ commitment to harmonise or raise regulatory standards in this realm”. The recommendations made by the document to make use of these provisions and to support the design of adequate animal welfare legislation in countries are welcome, but they fall short of the expectations created by the initial assessment. To counter the potential reluctance of Mercosur countries to improve animal welfare standards, the SIA should have suggested linking trade preferences to the respect of animal welfare standards. An earlier assessment of the EU-Mercosur trade negotiations carried out in 2009 already suggested such interlinkage between tariff reductions and sustainability criteria.

More than recognising that the agreement will lead to further intensification of the beef sector, the SIA even calls for such intensification, insisting that space must be better used to avoid more deforestation. In doing so, the authors quickly drop the concerns over any increased use of water, or water pollution, that such systems could trigger, and do not even look at the potential deforestation that could be generated by the production of animal feed. Nor does it look into the concrete impact these systems have on the welfare of cattle. Cows living on feedlots suffer from digestive diseases, due to a diet mostly based on grains, and from respiratory diseases, often caused by the exposure to fine dust.

The general conclusion of the SIA, whose late publication triggered complaints by NGOs, seems to be that, even if the enforcement mechanisms of the sustainability-related provisions - including on animal welfare - are weak, the impact of the EU-Mercosur agreement will be minimal. Yet it builds this assumption on the acknowledgement that this will depend on whether the parties respect their international commitments and are willing to strive towards even stronger policies in favour of sustainability. In the current context, such conclusions appear completely detached from political realities.

Now that the negotiations on the political part of the agreement are finished, the text is forecast to be discussed by the Member States and the European Parliament in October. As Mercosur countries are the EU’s first source of imported meat, key players on the global meat market, and the home of important rainforests, this agreement, if ratified, will have huge implications for animals. This SIA should be an additional reason for Member States and Parliament to oppose the conclusion of the agreement.