The EU is kept in the dark about condition of animals arriving in third countries, report finds 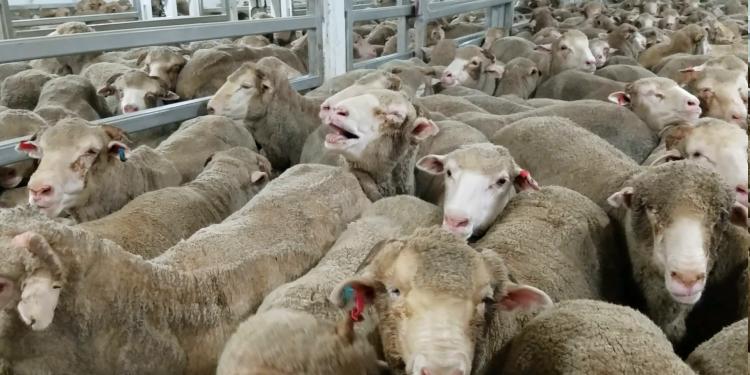 The EU is kept in the dark about condition of animals arriving in third countries, report finds

A new report by the European Commission on the transport of live animals by sea reveals a lack of compliance with the EU Regulation 1/2005 (the Transport Regulation) throughout journeys, as well as a complete lack of feedback about the condition of animals when they arrive at their destinations. Eurogroup for Animals calls on the EU Commission to revise the Transport Regulation to end live export and to shift to a trade in meat and carcasses only, as well as genetic material.

DG Sante’s overview report on welfare during sea transport is based on information gathered during a two-year project (2017-2018) examining ports in Ireland, Spain, Croatia, Romania, France, Portugal, and Slovenia that represent an exit point for a huge number of animals. In 2018 alone, almost 625,700 cattle and about 2,243,000 sheep and goats transited through these ports, to be then sent to Third Countries. This data was provided to the EU Commission by the veterinary authorities in charge of the EU exit ports.

The ill-compliance detected by the auditors started at departure, when animals are loaded into trucks. There is evidence that many competent authorities approve the transport with incomplete or incorrect documentation, and without considering the weather conditions during the route and at the EU exit port. Indeed, transport during high temperature seasons poses severe risk in terms of animal health and welfare, and “in August 2018 the Commission confirmed that for one sea consignment, temperature records in over 35% of the trucks that arrived at the port exceeded 35°C according to the checks performed by veterinary authorities at the EU exit port”.

Once they arrive at a port, animals should be checked and declared fit to continue the journey before being loaded into vessels. Checking the fitness of the animals is generally a weak point for veterinarians at EU exit ports, and the official records regarding these checks are in many cases poor or do not exist. The audits also found that “there is high pressure on veterinary officials at EU exit ports to allow loadings as they are subject to intense pressure from exporters to approve shipments (including the threat of potential legal action if an export is stopped or delayed) and they have little, if any, support from their hierarchy to refuse a loading”. This might be the reason why the Commission services found no evidence that authorities ever refused any loading.

With their fitness for transport unchecked, animals are loaded into cargo vessels, often very old, that have been converted to carry sentient beings. The EU Commission report highlights that authorities in at least four of the Member States audited, approved and/or permitted the use of substandard vessels in 2017-2018, which were not in compliance with EU rules for animal welfare.  According to the Animal Welfare Foundation (AWF) in 2017, the majority of vessels transporting animals from EU ports (54%) were licensed in countries blacklisted in 2015 for poor performance under the Paris Memorandum of Understanding - in other words, they are considered a high or very high risk in relation to maritime safety. Only 24% of the listed vessels were flagged under the “white list”. As acknowledged by the DG SANTE audit report, when reports from pre-loading inspections of the vessels indicate the presence of deficits, the vessel was still allowed to transport animals.

“In the report, the Commission states that animals are seen as sea passengers, similar to people. However, I think that none one would ever take a cruise under the conditions audited by the EU Commission auditors,”said Reineke Hameleers, CEO at Eurogroup for Animals. “The deficits detected are very serious, and reveal the urgency of revising the EU Regulation 1/2005 to make the transport of live animals by sea and road to third countries illegal. Those journeys are against the basic principle that animals are sentient beings.”

The DG SANTE report also highlights that there is no EU data regarding the condition of animals during sea journeys, such as mortality rates, and upon their arrival in non-EU countries. The fact that “there is currently no routine feedback from third countries an animal condition , transporters or ships' Masters on the condition of animals during the sea journey nor on the conditions in which they arrive at destination” is further evidence that this trade is carried out in disregard of the legally binding rule by the Court of Justice of the EU that transport of live animals to non-EU countries should be compliant with the EU Transport Regulation (1/2005) provisions, until final destination.

Eurogroup for Animals calls to end this transport and to shift to a trade in meat and carcasses only, as well as genetic material.