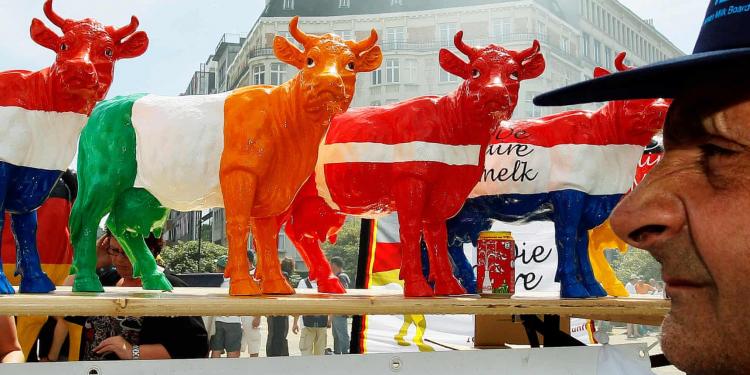 News
Billions of euros spent on supporting climate-intensive meat and dairy farms, which have shown no drop in emissions since 2010

The EU is disregarding the climate emergency by continuing to give out billions of euros in subsidies to climate-intensive livestock farms at the same time as promising to cut emissions, say campaigners.

Under the Paris climate agreement, the EU and its member states have committed to reduce emissions in the European Union by at least 40% by 2030. The EU’s farming sector has shown no decline in emissions since 2010, with meat and dairy estimated to be responsible for 12-17%of total greenhouse gas emissions.