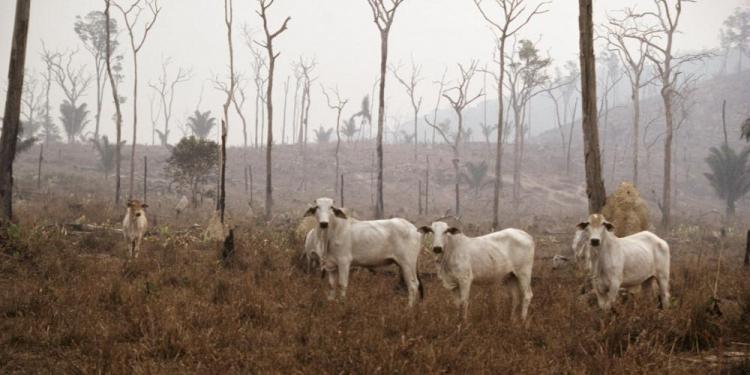 News
While the announcements made by the EU institutions on the revision of the so-called “Enforcement Regulation” on trade disputes foresaw stronger enforcement mechanisms for Trade and Sustainable Development (TSD) provisions contained in trade agreements, the draft text adopted at the European Parliament’s plenary session on 21st January does not reflect the awaited progress.

The long-awaited materialisation of the principle that violations of TSD chapters – in which wildlife conservation and trafficking issues are embedded, alongside deforestation or climate issues – are as important as those perpetrated against market access provisions, remains uncertain from the EP’s first reading of the text released earlier this week. While the text interestingly lays down that the Regulation allows for a suspension of the obligations stemming from EU trade deals - which means the EU could suspend preferential tariffs - in response to breaches of TSD chapters, the concept remains largely aspirational - as it is listed in the recitals which are non-binding, legally speaking.

This outcome is disappointing considering the statements made by the EU institutions back in October 2020 that the EU would “examine breaches in the field of sustainable trade with the same attention as breaches of market access”. As a reminder, the purpose of the Enforcement Regulation’s update was to extend its scope in order to enable the EU to impose counter-measures in situations where EU trade partners violate WTO rules or block the dispute settlement procedures available under WTO rules. This is seen as an interim arrangement in reaction to the legal void left by the “WTO Appellate Body crisis” since December 2019. Considering the weakness of enforcement mechanisms attached to TSD chapters, there was hope that the updated Regulation could also provide new tools to address concerns in this field.

Eurogroup for Animals  thus regrets that  the enacting terms of the Regulation do not include any wording on strengthening the enforcement of TSD chapters contained in EU FTAs.It is also hard to see what the recital listed in the reviewed Enforcement Regulation will add to existing legislation, as the principle that TSD violations could lead to the suspension of the FTA has already been recognised by the CJEU Opinion on the EU-Singapore FTA. ) Back then, we already analysed that this ruling was not a panacea. Suspending the entire agreement in response to the breach of TSD provisions is the equivalent of a “nuclear weapon”. It is thus very unlikely the EU will want to trigger this process. In addition, the aspirational nature of the provisions contained in TSD chapters (which usually list commitments to ‘aim’ or ‘strive’ at ‘promoting’ sustainable development issues) would also make it difficult for the EU to prove failure of commitment from its partner. The recent ruling in the dispute linked to labour rights provisions included in the EU-Korea FTA has clarified that, in their current form, these provisions only impose an obligation of “efforts”, not of “results”.

In conclusion, this regulation does not add any additional mechanism to strengthen the enforcement of TSD commitments in EU FTAs. All eyes will now be on the new EU Trade Strategy, which should be published on 17 February, to assess whether the EU has succeeded to make its trade policy compatible with the EU Green Deal.