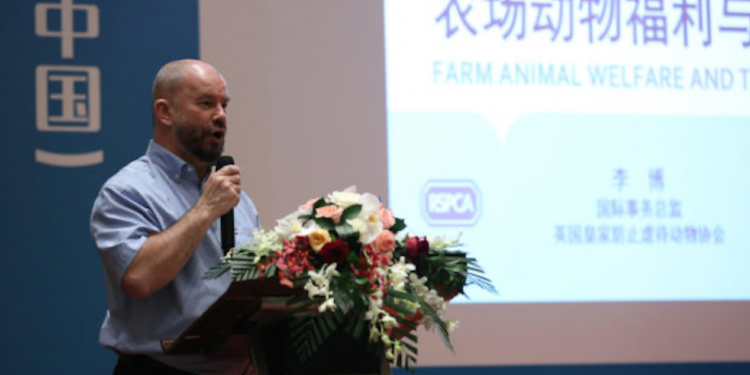 This week marks the 23rd round of negotiations on the future investment agreement between the EU and China -  but it is still unclear what kind of provisions will be included on sustainable development, and there has been no discussion on animal welfare yet.

Eurogroup for Animals believes EU investors injecting funds into animal agriculture in China should do so only on the condition that animal welfare standards are equivalent to those applied in the EU.

Talks towards what is now called the EU-China Comprehensive Investment Agreement (CIA) started in 2013, and both countries hope they can reach an agreement by the end of 2020. While it was not foreseen from the start, the EU and China indicated after their latest summit in April 2019 that the agreement would include provisions on ‘investment and sustainable development’.

This is great news - but if the EU is serious about promoting sustainable development through its investment policy, it needs to ensure these provisions include an animal welfare dimension.

What could this look like? It is hard to say, as in violation of its own commitment to transparency, the EU has not published the text proposals it has made to China on “investment and sustainable development”. The EU-Singapore Investment Protection Agreement, the first standalone agreement concluded by the EU on this topic, only mentions sustainable development in its preamble. However, this agreement was initially part of a more comprehensive Free Trade Agreement, which included a Trade and Sustainable Development chapter, as well as provision on animal welfare cooperation. The texts proposed during the investment negotiations with Myanmar - the closest case to the Chinese one - have not been published either.

Eurogroup for Animals believes that EU investors should be obliged to respect the highest existing animal welfare standards when injecting funds into Chinese animal agriculture. In 2012, then EU Commissioner for Agriculture Dacian Cioloş stated in a speech at a G20 meeting that sustainable agriculture should aim to ensure animal welfare. In 2018, even DG Trade recognised this reality by acknowledging the link between improved animal welfare and sustainability of food production systems in its text proposals to Australia and New Zealand.

If - as indicated by its most recent strategic documents - the overarching aim is for the EU to promote sustainable growth in China, the EU’s trade policy should not become a tool to foster unsustainable practices, such as farming under low animal welfare standards. It should remain coherent with other objectives developed by the EU in other policy fields.