The EU-Canada Comprehensive Economic and Trade Agreement (CETA): A Bad Deal for Animals 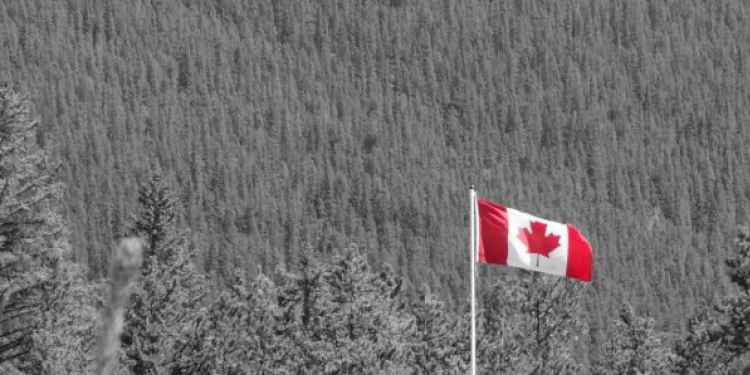 The EU-Canada Comprehensive Economic and Trade Agreement (CETA): A Bad Deal for Animals

News
CETA should cause just as much worry in the animal welfare community as TTIP and this blog entry will explain why.

The EU-Canada Comprehensive Economic and Trade Agreement (CETA) was the trade deal that no one was talking about, until they were. CETA’s impact on animal welfare had been overshadowed by TTIP for a long time. However, CETA is also a modern deep and comprehensive free trade agreement which includes similar provisions to those proposed for TTIP. CETA should cause just as much worry in the animal welfare community as TTIP and this blog entry will explain why. Even though the deal had been in negotiation since 2009, it was only really met with significant public attention as the process of ratification began. And so, it seemed almost abrupt when the deal was concluded and ratified by the EU and Canada at the end of 2016. However, CETA’s story does not end there.

One of the significant controversies that arose during CETA’s ratification was the issue of the division of competences between the EU and the member states. Trade is an exclusive competence of the EU under the common commercial policy. This excludes member state action. However, free trade agreements now encroach on areas of member state sovereignty, such as environmental protection and rules on investor-state dispute settlement. Thus the question of competence over free trade agreements is not as clear-cut as it used to be.

In July 2016, the European Commission stated that it regarded CETA as an “EU-only” deal legally speaking, but that it had taken the political decision to propose the deal to the Council as a mixed agreement in order to keep the member states happy. This would slow down the ratification process, as this approach would require each member state to sign off on the deal.

However, the Commission also decided to pursue provisional application of CETA, meaning that it would come into force before the member states could ratify the deal. This has consequences for the governance of animal welfare in trade policy.

A Bad Deal for Animals

Provisional application was bad news for us because CETA is a bad deal for animals. There is no Canadian federal legislation that regulates animal welfare protection besides basic anti-cruelty provisions in the Criminal Code and a few public health rules that concern animals. Further, the strength of animal welfare law at the provincial level varies greatly. For the most part, voluntary and rudimentary codes of practice are relied upon.

Despite this, CETA allows for considerable liberalisation of trade in animal products without any real animal welfare requirements. Thus, Canadian products falling below European standards will increasingly be imported into the EU due to the lower taxes now to be imposed (the agreement requires the elimination of almost all customs duties). Live poultry, poultry meat and egg products are notably exempt from tariff liberalisation. There are already considerable imports of animal products into the EU from Canada. Further, the regulatory cooperation allowed for in CETA may result in a downward pressure on animal welfare standards in the EU due to the divergence in standards between the EU and Canada.

CETA mentions animal welfare only once. Article 21(3)(s) states that: ‘[t]he parties endeavour to fulfil the objectives of article 21.3 by undertaking regulatory cooperation activities that may include: exchanging information, expertise and experience in the field of animal welfare in order to promote collaboration on animal welfare between the Parties’. This is very weak language because the chapter’s objectives referred to only require the protection of animal health. The parties are also only required to ‘endeavour’ to ‘exchange information’, and so there would likely be no consequences if the parties did nothing at all.

Our lobbying efforts resulted in CETA being rejected by the European Parliament’s committee on Employment and Social Affairs, and the plenary vote being delayed from December 2016 to February 2017.

Where is CETA Now?

The decision to propose CETA as a mixed agreement meant that its ratification got off to a rocky start. The Belgian region of Wallonia almost railroaded the deal in October 2016 when it refused to give its required consent for a vote in the Council. This reflected the concerns held by civil society at large about this agreement. Eventually a compromise was reached and CETA was able to pass through the Council before later being signed off by the European Parliament. The process at the Parliament was not without difficulty either.

A motion for resolution (2016/2981) was tabled to bring CETA’s investment court provisions before the European Court of Justice. Despite considerable advocacy efforts by civil society, including Eurogroup for Animals, this motion failed to pass. Positively, our lobbying efforts resulted in CETA being rejected by the European Parliament’s committee on Employment and Social Affairs, and the plenary vote being delayed from December 2016 to February 2017. The deal was eventually agreed to by the Parliament in plenary session but with an impressive opposition vote (408 votes in favour, 254 against and 33 abstentions), which was largely a result of effective advocacy work.

Currently, the European national parliaments are beginning to ratify CETA. The deal has already been ratified by Latvia, Croatia and Denmark and various others have started the ratification process, including Greece, Finland, Italy, Lithuania, Portugal and Spain. France took CETA to its constitutional court, where it was eventually found to be consistent with the constitution. The EU has been ready to provisionally apply CETA since June. However, internal processes in Canada have meant that provisional application has been delayed until 21 September. This slight delay has slowed down the procedure for setting up civil society monitoring mechanisms.

CETA (and TTIP) has been incredibly important for Eurogroup for Animals because the significant concerns surrounding it has caused civil society to push for a large-scale rethink of European trade policy. Eurogroup for Animals is using this momentum to advocate for a comprehensive and effective approach to animal welfare within European trade policy. However, our focus has shifted away from CETA because there remains little scope to make any notable difference to the deal. The majority of CETA’s provisions will be provisionally applied, and there is not the same momentum against CETA at the national level as was mobilised at EU level in 2016. Nonetheless, we continue to monitor developments to identify any new opportunities to block this bad deal for animals.

Eurogroup for Animals calls the European Commission to stop the production, import and use of eCG in the EU
Fur Free Europe ECI - a final stop to fur cruelty
How you can support animal protection organisations in Ukraine
How much fish do Europeans eat per year? Find out in EUMOFA's 2019 annual report