EU to ban use of lead shot by wetland bird hunters 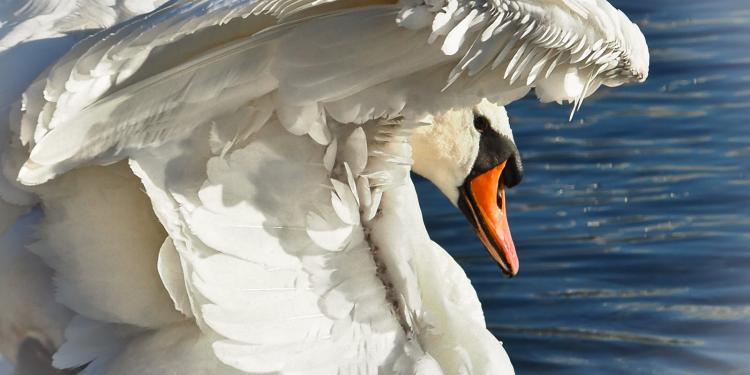 EU to ban use of lead shot by wetland bird hunters

Lead shot is to be banned from all wetlands in the European Union, in a decision that is expected to pave the way for phasing out all toxic ammunition.

The European parliament voted against objections lodged by far-right parties, allowing the European commission to introduce the new regulations by the end of the year.

The ban will ensure that any wildfowl or waterbirds are shot with non-toxic steel ammunition after scientific studies found that 1 million waterbirds are killed by lead poisoning each year. Millions more wild birds, including raptors, are poisoned but do not die, with 40% of whooper swans found to have elevated blood lead levels.

If the regulations come into force before the end of the Brexit transition period, they will become UK law. This would compel some grouse shoots to use non-toxic ammunition because certain grouse moors are peatlands and are classified as wetlands according to the EU definition.

“It’s absolutely fantastic news,” said Prof Debbie Pain, an independent ecological toxicologist and honorary research fellow at the University of Cambridge who has studied the effects of lead shot for nearly 40 years. “Lead shot kills 1 million waterbirds each year, it contaminates the environment and it’s a cumulative poison, so the problem is getting worse and worse.

“This ban is going to make a huge difference to the health of wetlands and the health of waterbirds across the EU. It’s absolutely the right thing to do and non-toxic alternatives have been available for a long time.”

Although Denmark outlawed lead shot in 1996, most other EU nations continue to use it. In Britain, a coalition of shooting groups earlier this year pledged to move to non-toxic alternatives within the next five years. Waitrose has banned the sale of game shot with lead.

In England, the use of lead shot is banned for the shooting of all ducks and geese and on foreshores and other sensitive sites, but campaigners say compliance is poor. Research has found that more than 70% of ducks are still shot with lead.

If the ban does not come into force before the Brexit transition period ends, Britain will not be compelled to adopt it, but government sources say it supports the principle of addressing the impact of lead shot.

Countries will have 24 months to bring in the ban, which will result in shooters only being able to use non-toxic steel ammunition across vast swathes of northern European countries, where a lot of land meets the EU definition of wetland.

“Progressive hunters have known for a long time that lead ammunition has to go. This is a clear sign that the policy is finally catching up with this no-brainer. We’ve got all the evidence and we’ve got a practical solution – non-toxic ammunition.”