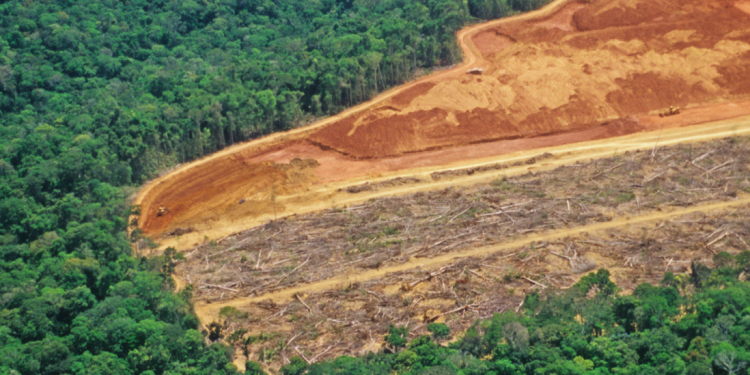 On 5 December, the European Parliament and the Council reached a deal on the European Commission’s proposal on deforestation-free products. The new law will require companies to trace their commodities back along the supply chain to prove that a forest was not recently cleared to produce it, or face fines. Eurogroup for Animals welcomes the future regulation as it will condition imports of beef and leather to deforestation-free standards, but regrets the exclusion of other animal products that contribute to deforestation, as well as the exclusion of other natural ecosystems beyond forests that are destroyed by EU-driven deforestation.

Back in 2021, the European Commission proposed a prohibition on placing a very limited list of deforestation-risk commodities such as palm oil, wood, cocoa, coffee, beef, leather and major soy products on the EU market. Last September, the European Parliament voted for significant improvements to the Commission’s proposal, such as extending the list of products to those derived from cattle, swine, poultry and sheep, and to take into account the destruction of wooded lands in addition to forests.

Yesterday, the Council and European Parliament reached an agreement on a final text that goes beyond the Commission’s proposals to include other products such as rubber and palm oil derivatives, but fails to cover animal products derived from soy-fed animals such as swine, poultry, fish and sheep.  The new rules will only apply to forests, and excludes other geographical areas such as wooded lands, savannahs and wetlands.

Eurogroup for Animals acknowledges this unprecedented deal as a step in the right direction to prevent the EU-driven destruction of forests. However, the omission of animal products derived from swine, poultry, fish and sheep is a serious loophole as these animals are also fed with soy, which is the second driver of deforestation and they are imported from countries with the highest deforestation rates.

The EU is showing leadership in conditioning trade of beef, leather and soy to deforestation-free conditions. There is a real urgency to continue using unilateral measures to address the significant impact intensive livestock farming has on animals, people and the planet.
Reineke Hameleers, CEO, Eurogroup for Animals

As trade in animal products fuels deforestation, the regulation is promising for the planet and for  animals as producers intending to export to the EU will be incentivised to switch to more sustainable production systems, less harmful to wild animals and to their habitats.

The regulation failed to take into account the role played by the livestock industry beyond beef by excluding animal products derived from all soy-fed animals from its scope, as well as all other natural ecosystems destroyed by the EU’s consumption of soy and of imported animal products derived from soy-fed animals. For this reason, Eurogroup for Animals calls on the European Commission to conduct an impact assessment to broaden its focus in order to include these industries and other precious ecosystems, thereby closing this loophole.
Deforestation
EU Trade Policy
EU-Mercosur
Deel op FacebookDeel op TwitterDeel op PinterestDeel op Linked InDeel op Whatsapp