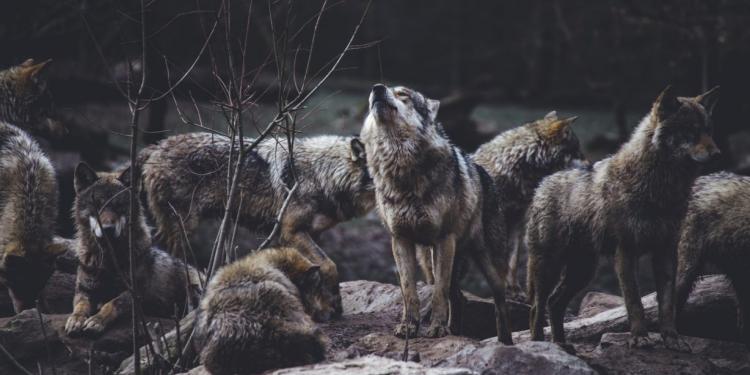 Last week, the European Parliament adopted a Resolution to spell out what it wants to see from the European Commission in the coming term.

Parliament was unanimous about the parts of the Resolution that concern animal welfare, showing a consensus between political groups for more action for animals in line with the desires of EU citizens.

The European Green Deal, a package of measures that forms the centrepiece of the Commission’s work and aims to make the EU the first climate-neutral continent by 2050, particularly affects animal welfare. Of particular relevance are its Farm-to-Fork Strategy and the Biodiversity Strategy to 2030, as well as the many areas in which Trade is discussed.

The Farm-to-Fork Strategy focuses squarely on how food is produced. In relation to this, the European Parliament wants to see producers rewarded for supplying high-quality food that also delivers ‘public goods’ such as higher animal welfare standards, and improved food labelling in terms of environment and animal welfare. The Resolution also highlights the potential of sustainable practices – such as increased animal welfare – in helping to reduce emissions, and includes a call to integrate fisheries in the strategy. It also stresses the importance of raising existing animal welfare standards and developing new ones where relevant, and of starting infringement procedures against non-compliant Member States.

This ties in with our own recommendations for the Farm-to-Fork Strategy, which suggest that it addresses animal welfare through improvement of existing legislation and its enforcement. We want to see specific targets and indicators for livestock agriculture and aquaculture to not only improve animal welfare but also increase the production of plants for human consumption, and to reduce dairy and meat. Our last main ask for this strategy is that higher welfare livestock farming  goes hand in hand with circular agriculture concepts.

On the subject of Biodiversity Strategy to 2030, the Resolution includes a call for a fully integrated, strengthened Action Plan against wildlife trafficking. It stresses that wildlife trafficking and the illegal wildlife trade are major drivers of biodiversity loss, and calls on the Commission to launch infringement procedures against Member States who do not respect nature protection legislation. This echoes Eurogroup for Animals’ reaction to the published EC roadmap for the strategy, noting that it misses clear commitment to address wildlife trafficking and the unsustainable wildlife trade. We would also like to be assured that for seized and confiscated wildlife, funds will be allocated at the EU level and made available to Member States to ensure support is provided to rescue facilities.

The Resolution stresses that trade can be an important tool to promote sustainable development and fight climate change, and calls for all international agreements to include strong, binding and enforceable sustainable development chapters. While it  fails to also mention the potentially negative impact trade can have, the Resolution does, however, welcome the intention of the European Commission to ensure that “all […] food […] on the European market fully complies with relevant EU regulations and standards”. Eurogroup for Animals insists that this means all relevant animal welfare standards too.

“The EP’s Resolution reflects many of our demands in terms of animal welfare and sustainability, so we’re happy to see that they are playing an important role in bringing citizens’ pleas to the Commission,” says Reineke Hameleers, Director of Eurogroup for Animals. “We’ll be paying close attention to see if the animal welfare asks of the Parliament and the citizens, as well as our recommendations, are encompassed when the Commission drafts their legal proposals.”

The Commission will now come up with legislative proposals for the Biodiversity Strategy in March and for the Farm-to-Fork Strategy in spring of this year.

We’ll be paying close attention to see if the animal welfare asks of the Parliament and the citizens, as well as our recommendations, are encompassed when the Commission drafts their legal proposals.