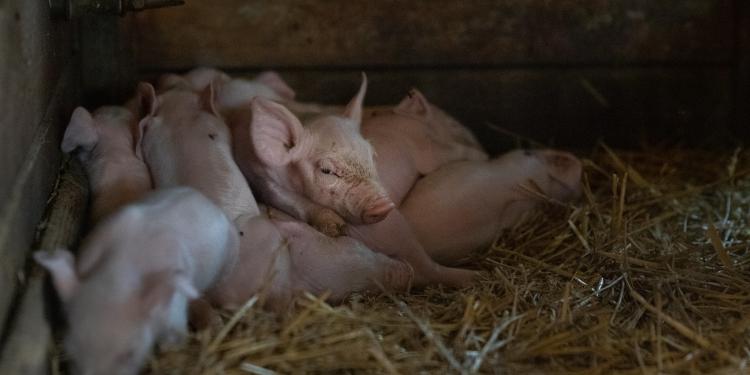 News
Take home message from the IPEMA webinar: The process of moving towards alternatives to surgical castration is irreversible, even if the solutions applied within Europe differ.

There is a growing consensus, at least in Western Europe, that surgical castration of male piglets should be abandoned. Surgical castration with pain relief is not sustainable on a long-term in main stream production, although it might be a solution for the products that demand pigs of higher age and weight at slaughter. Therefore, the pan-European network IPEMA (Innovative approaches for pork production with entire males) focused on two remaining alternatives: production of entire male pigs and immunocastration.

Fact-based solutions to the issues raised by entire male pig production and immunocastration, and covering the whole pork chain were shared by scientists from all over Europe during a webinar on 15th September. Around 300 people from 30 countries attended this webinar.

In immunocastration, a vaccine is twice injected to the animal to stop the steroid production by the testes. This results in the elimination of boar taint and boar like behaviour. With sufficient time between the second vaccination and slaughter, fat quantity and quality problems as in entire males can be counteracted. Vaccination may cause some stress to the animals, but less than in the case of surgical castration without pain relief. The main challenge for immunocastration is, however, that most of the markets are reluctant to accept it, under the assumption that the consumers may consider it unacceptable.

Feeding pigs with adjusted diets will often solve the fat quality problem. But this will not be enough for systems targeted to dry-cured products, which may have to use fatter pigs. Increasing intramuscular fat content by selective breeding or nutrition is advisable and will contribute to alleviate the toughness issue.

Selection, nutrition and management strategies help to reduce the incidence of boar taint at farm level. Sensory detection of boar taint by “the human nose method” is successfully used in a number of slaughter plants across Europe and instrumental detection methods are coming. Meat that is less suitable for fresh meat consumption due to unusual odour can to a certain extent be sustainably used in processed products provided that appropriate measures are taken.

Unless the vaccination is ineffective, immunocastration does not present any major meat quality issues. The delay between 2nd immunisation and slaughter is a convenient tool to obtain the desired compromise between performance and meat quality. The longer the time interval between 2nd vaccination and slaughter, the more immunocastrates are similar to surgical castrates for meat quality, but also for resource inefficiency. Despite often raised concerns, the results of the IPEMA consumer survey suggest that informed consumers do well accept immunocastration (71% vs 32% for surgical castration without pain relief).

Challenges and future work
IPEMA scientists' preliminary results indicate that selection against unwanted behaviours is possible, but there is still a long way to go. Sensory detection of boar taint has its weaknesses and thus heavily relies on a good selection and training of human assessors. Instrumental methods that measure the key boar taint compounds are under way. What remains open is how to develop effective ways to provide consumers with unbiased, evidence-based, information. But moreover, the question remains why most of the European pork chains are reluctant to use immunocastration.

Successful implementation of both the entire male production and immunocastration depends on the concerted action at all levels of the pork chain. All actors in the chain must work hand in hand so that the efforts made at one level are not nullified by the lack of action or counter action at another level. They must agree on a compromise between performance and quality and share costs and benefits associated with the chosen alternative in a fair way.

To know more
The presentations provided to all registered people in advance of the 15th September webinar and the video recording of the webinar are available here. The 2019 document from the EU: "Establishing best practices on the production, the processing and the marketing of meat from uncastrated pigs". A special issue of the journal Animals, to be completed early in 2021, is going to disseminate the deliverables from the COST action IPEMA: "Surgical castration of piglets and its alternatives: National strategies, consequences for animal welfare, production systems and product quality". See also the IPEMA web page, it provides links to all the above-mentioned documents.